Pic: Gareth Bale decked out in the new Spurs kit for next season

After a lot of speculation, the Tottenham Hotspur kit for next season has been unveiled and it makes for quite a change from last season.

Under Armour today unveiled the jersey at a glitzy launch, though pictures were leaked earlier in the day much to the delight of eager fans. Easily the most striking feature is the large HP logo in the middle, while a new round collar is also in place.

Both the plain white home jersey and blue away number were shown off to the media and Spurs fans will hope that this is the jersey Gareth Bale will be sporting next season. 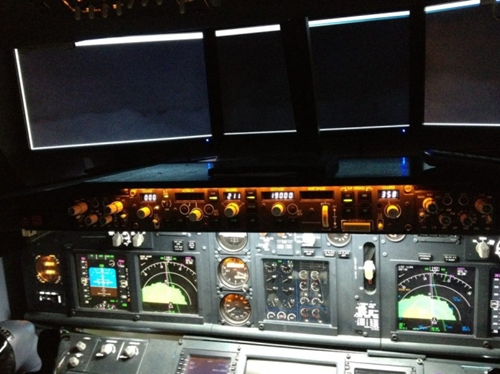 He looked pretty pleased with it today along with Jermaine Defoe, Michael Dawson and Brad Friedel, but it has received a mixed early reaction on social media.

What you think of the new kit?

popular
One of the best action movies of recent years is finally available to watch at home
The JOE Movie Quiz: Week 138
QUIZ: Give this General Knowledge Quiz a whirl
QUIZ: Can you name every Batman actor in three minutes?
Irish employers urged to "take time" when lifting workplace restrictions
The JOE Friday Pub Quiz: Week 278
Lisa Fallon praised as she opens up about terrifying ordeal on Late Late
You may also like
4 years ago
Didi Hamann has a message for the "morons" about the nasty tackles in the Ireland V Wales match
5 years ago
11 over the odds transfer fees that made everyone stop and think WTF
6 years ago
Manchester United set to launch a massive bid for Gareth Bale
6 years ago
Video: Real Madrid star Gareth Bale pulls off an incredible basketball trick shot with his boot
6 years ago
The Real Madrid wage bill has been leaked and it's astronomical
6 years ago
Pic: Gareth Bale has provoked the ire of Tottenham fans with this supportive tweet to two Arsenal players
Next Page