Pic: Here’s the ball that Messi, Ronaldo and the rest will be playing with at the World Cup

The folks at adidas have also given it a cool name; the Brazuca

Here’s the ball that will almost certainly be accused this summer of being too light, doing things in the air and being unfair to goalkeepers. It’s a tradition at this stage.

Called the Brazuca, this is the official ball for World Cup 2014, unveiled in Brazil last night. Manufactured by adidas, the ball has six panels and the imagery on it is meant to look like Brazilian wish braclets.

The name, which was chosen by a public poll in Brazil, refers to something intrinsically Brazilian and is also used after a particularly neat bit of on-pitch skill, something we should see a lot of this summer. 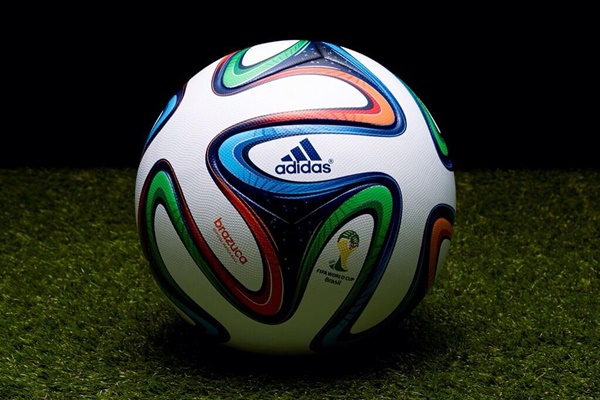 However, if you want one for your own five-a-side, it’s not a cheap ball, with the ball going on sale today in the US for $160 (€115), though every child in Brazil born on December 3 will get one, a nod to the tradition of every Brazilian child being born with a ball at their feet.

Still, surely it will be more popular than the much-maligned 2010 ball, the infamous Jubilani, which was slammed by loads of players. Spain managed to do okay with it all the same…

popular
One of the best action movies of recent years is finally available to watch at home
The JOE Movie Quiz: Week 138
QUIZ: Give this General Knowledge Quiz a whirl
Jim Carrey's greatest performance is among the movies on TV tonight
QUIZ: See if you can ace this General Knowledge Quiz
The JOE Friday Pub Quiz: Week 278
QUIZ: Can you name every Batman actor in three minutes?
You may also like
6 years ago
Video: It's a year today since the most remarkable game of last year's World Cup
6 years ago
Opinion: The late, great Bill O'Herlihy and what made him such a national treasure
7 years ago
Video: The best showboating from this summer's World Cup in Brazil
7 years ago
Video: The Tralee man with the most famous GAA jersey at the World Cup has made a video recounting his amazing experience
7 years ago
GIFs: FIFA reveal the best goals of the 2014 World Cup
7 years ago
FIFA announce a team of the World Cup based on fan votes and it has a few issues
Next Page