On reflection, he should have deleted this...

While most of his team-mates are engaged in international duty, Liverpool defender Jose Enrique has been taking a little break in Dubai with his other half.

However, some eagle-eyed folks have spotted that one of the pictures he posted from his hotel room talking about the view is a little bit risque as the window reflection shows the Spaniard, and his other half, in the nip. 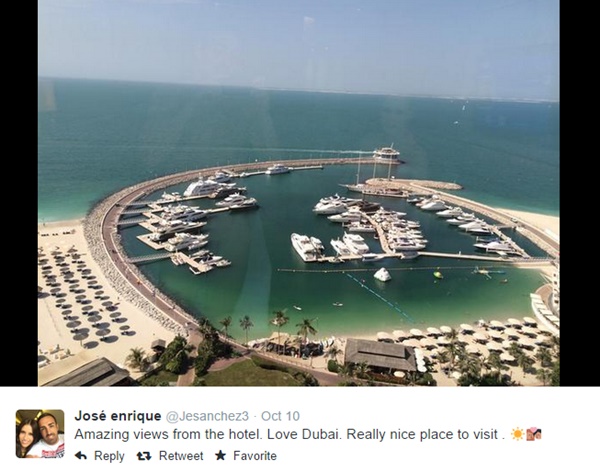 UPDATE: Not surprisingly, the tweet has since been deleted.