Pics: Michael Owen's teammates did an egg-cellent job of destroying his car this morning

It’s Michael Owen’s last home game for Stoke today so his team-mates paid tribute to him the only way they know how... by covering his car in eggs and flour.

Owen hasn’t played an awful lot for the Potters this season but will probably see a few minutes against Spurs at the Britannia today as he has already signalled his intention to hang up his boots at the end of the campaign and enter into a career in punditry that, eh, isn’t exactly much-anticipated by football fans going on his appearances to date.

Still Owen seems a decent chap in general and his Stoke teammates obviously don’t think he’s a bad yolk once he comes out of his shell as they chose to mark his last game today in time-honoured football tradition... by destroying his expensive looking car with eggs and flour. 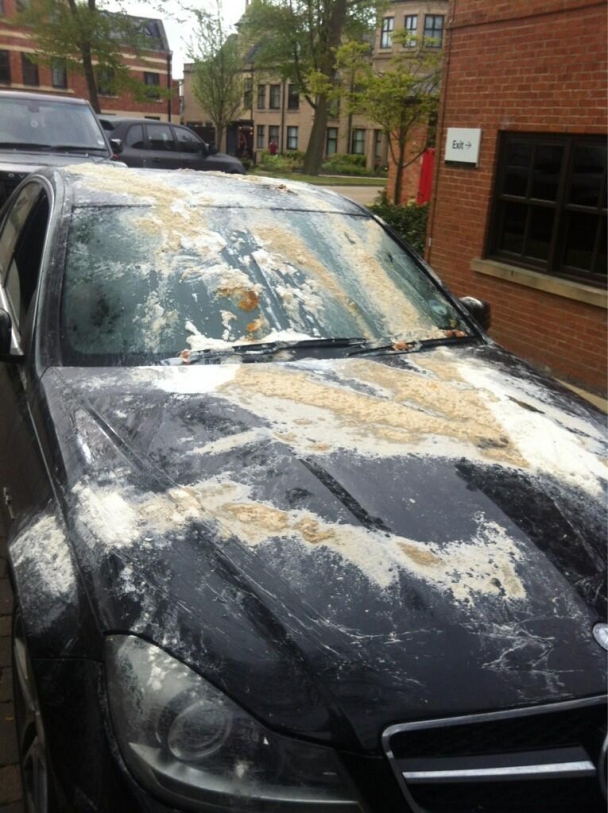 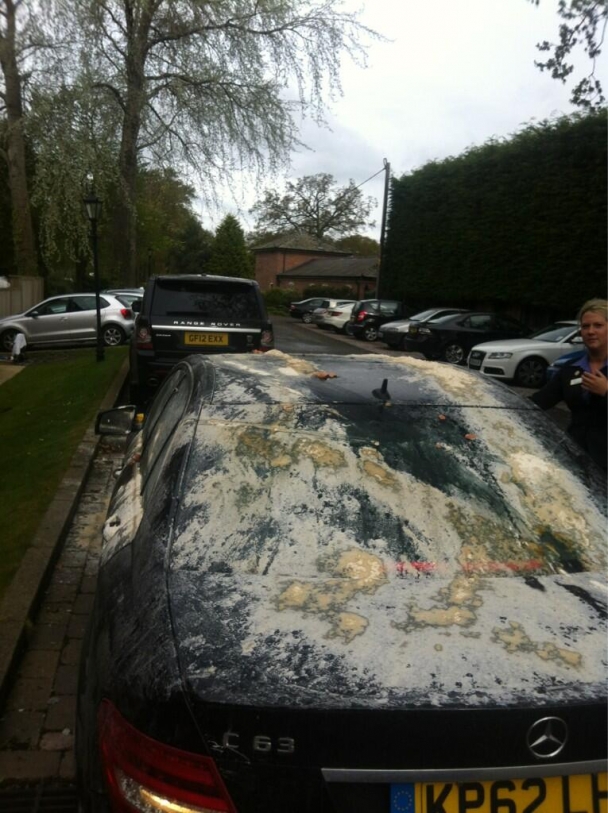 Interestingly, Owen identified Glenn Whelan and Jonathan Walters amongst the chief subjects, indicating that the Irish lads at Stoke are up for the craic as much as anyone else.

Owen has promised revenge before the end of the week but with all due respect to the man, we doubt the people responsible for the prank are quaking in their boots at the prospect of payback.

popular
Increase in passenger charges at Dublin Airport may be on the way
Netflix has just added 33 very big movies to its library
The full list of cancelled flights in and out of Dublin Airport on Monday (so far)
The long-awaited MetroLink is finally happening, for real this time, honest
Government considering giving public €200 again to assist with rising energy costs
Waterford man sentenced to three months imprisonment for operating "cruel and illegal" puppy farm
REVIEW: Thor Love and Thunder is equal parts fun and blunder
You may also like
2 years ago
"I’d rather have a couple of mates than a couple of medals" - Jason McAteer responds to Roy Keane comments
3 years ago
There was a huge reaction to Jonathan Walters' emotional interview on The Late Late Show
3 years ago
Jon Walters shares his colonoscopy experience in attempt to raise awareness of bowel cancer
3 years ago
Jon Walters issues statement on departure of Martin O'Neill
3 years ago
Jon Walters all but confirms the Stephen Ward Whatsapp story
5 years ago
WATCH: Jon Walters belter opens the scoring against Uruguay
Next Page