Considering he makes his living in the nip, he must really like James Horan’s team.

There's been a lot of pictures sent into us of Mayo supporters in various locations around the world over the past few months. A LOT. We’ve featured some of them but to make the grade now the picture has to be just a little bit special and this effort, sent into us overnight by Bryan Sweeney, is just that.

Somehow he has managed to get the famous New York landmark that is the Naked Cowboy to pose in a Mayo shirt.

We’re sure it’s not the first time someone has run around Times Square in just a GAA shirt and their Y-fronts, and it won’t be the last we suspect if Mayo do end their 62-year search for Sam. 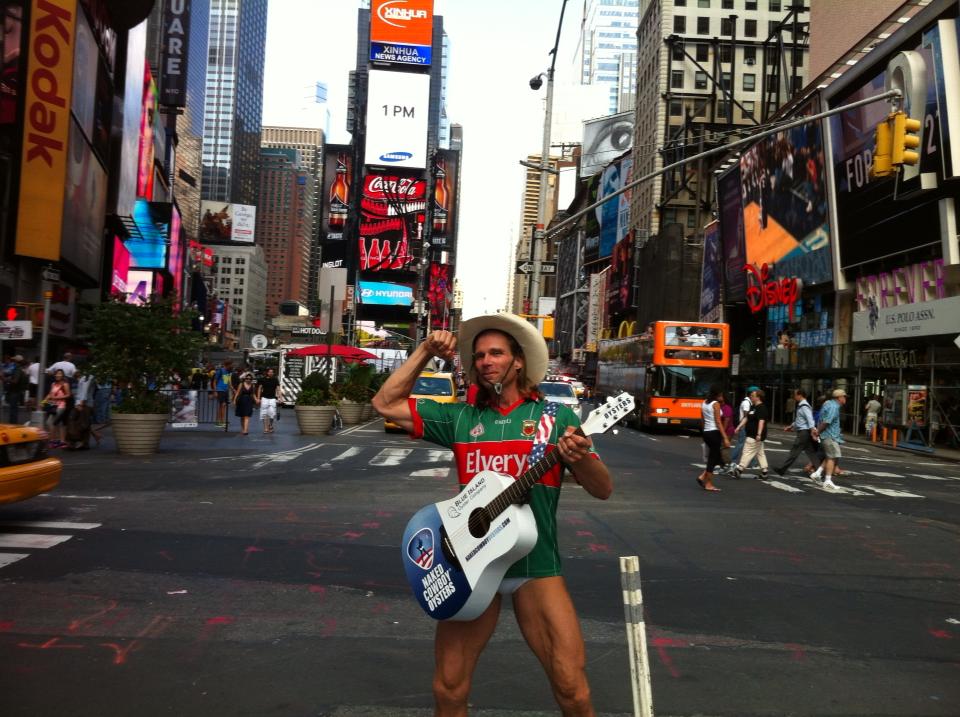 And, in the interest of balance, fair play to the Naked Cowboy for having what looks to us as a Dublin-coloured guitar. Keeping both sides happy, he’s a smart man.

Massive thanks to Bryan Sweeney for sending our way...

popular
20 years ago, one of the best sci-fi movies of the 21st century was a box-office bomb
U2 drummer Larry Mullen Jr. says band may perform without him in 2023
Peter Kay moved to tears on stage while opening his first stand-up tour in 12 years
Mia Khalifa claims seaside town is better than Miami
Simon Cowell concerns fans with appearance as they 'don't recognise him'
Patient arrested after switching off roommate's ventilator because it annoyed her
The 50 most iconic songs of all time* have been revealed
You may also like
1 month ago
Brendan Óg Duffy's father speaks powerfully about his son's death
1 month ago
Gardaí investigating alleged assault on under-9 GAA player at children's sports event
3 months ago
Roscommon GAA confirms investigation into alleged assault on referee during juvenile game
4 months ago
Looking for a hotel room for the All-Ireland Final weekends? It won't come cheap...
5 months ago
Taoiseach condemns "disturbing" fight at Galway v Armagh game
6 months ago
The 2 Johnnies share unbelievable catfish ordeal affecting over 40 people
Next Page