Pic: One Man United fan has gone and got a ginormous Ryan Giggs tattoo across his entire back

There are a few other United legends in there too, but Giggs is the dominating figure in one of the most dedicated football club tattoos you’ll ever see.

Giggs was the subject of plenty of attention and tributes last week on his 40th birthday, with figures from all over the football world queuing up to pay homage to a man who is still going strong over 20 years after making his debut in the early 90s. Well, everyone apart from Joey Barton was paying tribute but you get the picture.

One of the more unusual tributes you’re likely to see came from an unidentified United fan who got Giggs’ name and number tattooed across his back, along with portraits of the Welsh winger, George Best, Alex Ferguson, David Beckham and Eric Cantona. 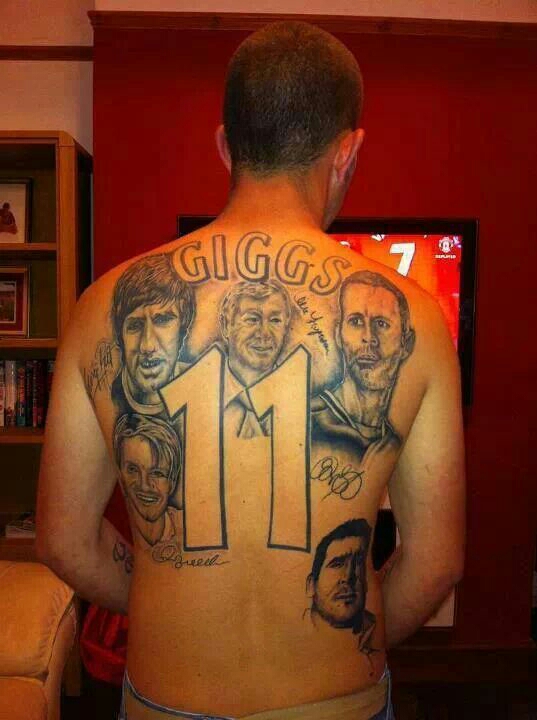 Unless he spends a lot of time with his back to a mirror he’s not going to see the artwork that often, but elaborate though it is, it’s not the worst football-related back tattoo we’ve ever seen.

What do you reckon Stephen? 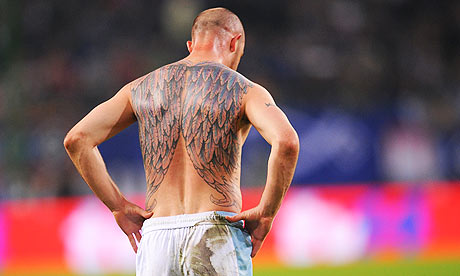 popular
The JOE Friday Pub Quiz: Week 300 - the Triple Century
One of the most underrated sequels of all time is among the movies on TV tonight
A classic Western is among the movies on TV tonight
Met Éireann gives update on weather warnings for this weekend
Rain and thunderstorm warning extended to include 15 counties
An underrated Jason Statham thriller is among the movies on TV tonight
New horror movie trailer has one of the best jump scares in years
You may also like
1 month ago
BBC trainee accidentally posts message mocking Man United live on TV
1 year ago
COMPETITION: WIN a copy of Eric Cantona's new Manchester United documentary, The United Way, on DVD
1 year ago
Manchester United documentary written by Eric Cantona available to watch at home in Ireland this May
1 year ago
Marcus Rashford launches book club to help kids experience 'escapism' of reading
1 year ago
Paul Pogba releases powerful statement in response to 'fake news' from The Sun
1 year ago
The JOE Pub Quiz: Week 214
Next Page