The standard of the sign may be pretty basic, but we get the message.

If Limerick were in the All-Ireland final, we don’t think we would be seeing this sign but it seems that Munster, Ireland and Lions legend Paul O’Connell has jumped on his fellow westerners bandwagon for Sunday.

Sent to us by Laura Vaughan, this picture shows a very happy O’Connell declaring his belief in James Horan’s side. As we said, the sign looks to have been hastily prepared, but at least it is portable and Paulie can whip it out anytime he feels like between now and Sunday’s throw-in. So to speak. 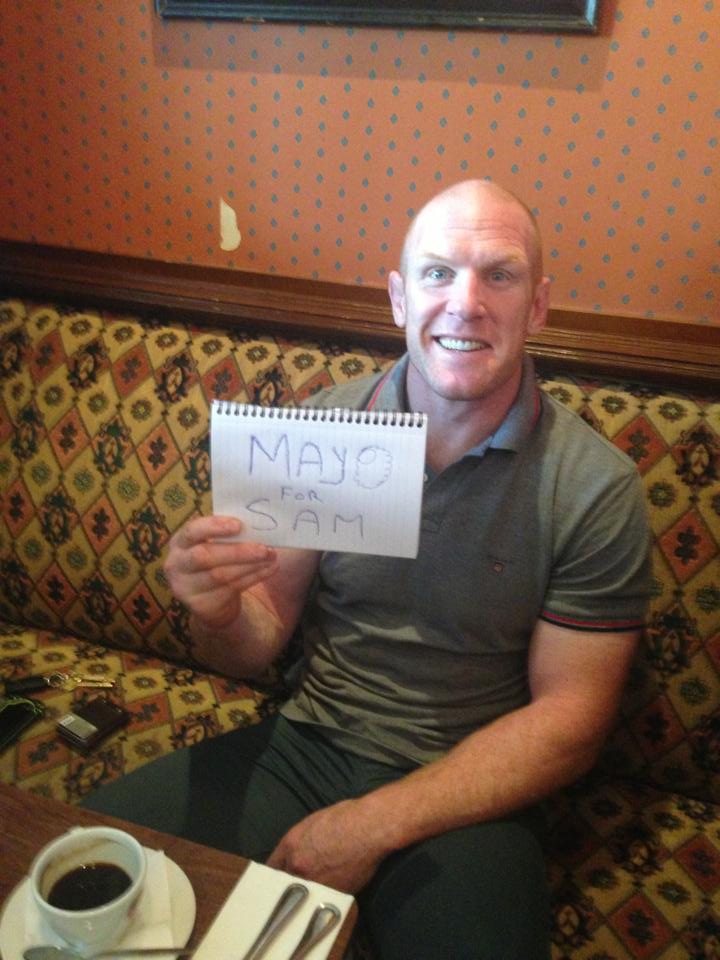 Surely it can’t be long before we have a pic of Brian O’Driscoll backing Jim Gavin’s side?

popular
Large crowds gather outside Tullamore courthouse as man charged with murder of Ashling Murphy
Amazon Prime Video has quietly added 18 big releases to its library
Over 80% of people working from home could be missing out on €100 tax relief
WATCH: This foul-mouthed argument proves the Irish language is alive and well
A gripping '90s thriller is among the movies on TV tonight
60 jobs available on Stena Line with 50% of your time spent not working
Here's the line-up for this week's Late Late Show
You may also like
2 days ago
Over 90,000 dwellings in Ireland are vacant
5 days ago
Chapters Bookstore announces closing date after 40 years in business
1 week ago
213-bed four-star hotel and rooftop restaurant at the centre of new Clerys Quarter
1 week ago
Six teenagers arrested following car chase in Dublin
1 week ago
A man has died after a shooting in Dublin
1 week ago
Dublin bar ranks as 3rd "most mysterious" in all of UK and Ireland
Next Page