Some people will like the new LeBron Nike shoe and others won’t, but San Antonio Spurs fans will be entitled to be a little mad at the inscription included on The King’s new footwear.

LeBron James will be part of a Miami Heat side looking to prevent the Spurs from clinching an NBA title in Miami tonight after they took a 3-2 lead in the best of seven series on Sunday.

A win tonight would also provide LeBron and his Heat teammates with the opportunity to win their second title on the trot with a victory in Game Seven, but if a message inscribed on LeBron’s new footwear is to be believed, Miami winning both games and a second NBA title is merely a formality.

Pictures (which may or may not be 100 per cent genuine) of LeBron’s new LeBron X shoe surfaced online today and appear to carry the message ‘2-time Champion, despite the fact that, well, there’s an awful lot to do before LeBron can refer to himself using that title. 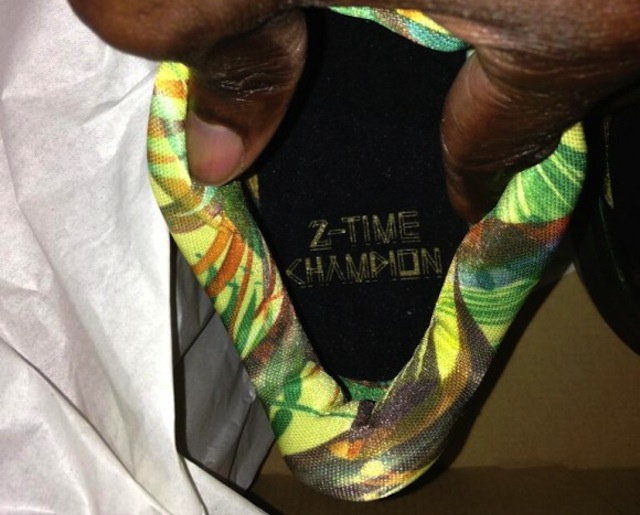 The trainers themselves might have attracted controversy in any case because in JOE’s humble opinion, they’re not the nicest things we’ve ever set eyes upon, but this is bound to grind quite a few people’s gears, not least Spurs fans.

But hey, let’s not go too hard on whomever might have made the somewhat premature error; it’s not as if Nike have ever made this mistake before, right? Right?

popular
Fish and chips could be removed from Irish menus over rising fuel costs
Netflix has just added 33 very big movies to its library
Increase in passenger charges at Dublin Airport may be on the way
The full list of cancelled flights in and out of Dublin Airport on Monday (so far)
The long-awaited MetroLink is finally happening, for real this time, honest
Jordan Peterson suspended from Twitter over Elliot Page comment, says he won't apologise
Government considering giving public €200 again to assist with rising energy costs
You may also like
1 year ago
QUIZ: Can you name all the teams in the NBA from their locations?
1 year ago
All NBA players and staff take knee during national anthem
2 years ago
LeBron James led an emotional night of tributes to Kobe Bryant
2 years ago
How to shite-talk your way through the NBA season
3 years ago
WATCH: Drake comes in for criticism following his behaviour at NBA playoff game
3 years ago
Oblivious basketball fan stars in the dumbest moment in TV history
Next Page