Bavarian behemoths, Bayern Munich, in conjunction with Adidas have released their brand new home jersey for next season and it's decent.

You'd think Pep Guardiola and his Barca roots might have had a bit of an influence on it. Also, Toni Kroos is wearing it, almost as if to alleviate any doubts as to where he'll be playing his football next season. 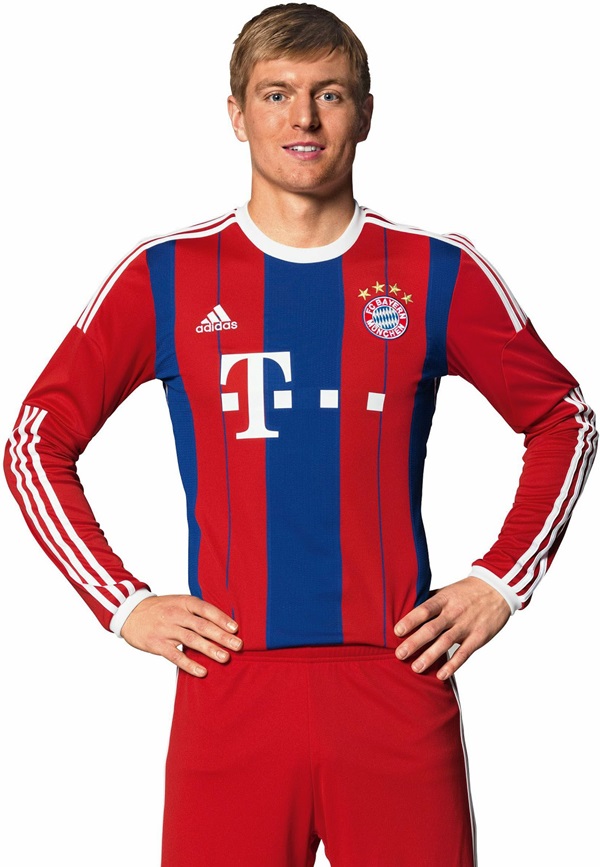 popular
Netflix has just added 33 very big movies to its library
Six people dead after mass shooting at Fourth of July parade in Illinois
QUIZ: Can you guess the crisps from the pixelated packet?
QUIZ: It's time for one of our trickiest General Knowledge Quizzes yet
The 50 most iconic songs of all time* have been revealed
The JOE Movie Quiz: Week 161
QUIZ: We bet you can't name all of these countries from their outlines
You may also like
3 years ago
Comedian accused of racially abusing German defender Jerome Boateng with blackface sketch
5 years ago
Xabi Alonso confirms what we already knew was coming with one typically classy picture
5 years ago
WATCH: Carlo Ancelotti response when asked about Seamus Coleman transfer caused a lot of laughter
5 years ago
WATCH: Roy Keane went full Roy Keane in his brutal analysis of Arsenal last night
5 years ago
Here's why Oktoberfest is celebrated in September
5 years ago
Bayern Munich perfectly shut down this sexist troll on Twitter
Next Page