With the MLS season about to kick off, LA Galaxy have launched their new home kit for the year ahead. As you might expect, they rolled out the big guns for the occasion, meaning Landon Donovan and Robbie Keane were front and centre for photos.

The kit, made by adidas, is not too different from last year's effort, but we preferred the old one, with the darker diagonal stripe.

Anyway, thanks to Robbie, we expect to see a few of these on the streets of Ireland over the next few weeks. 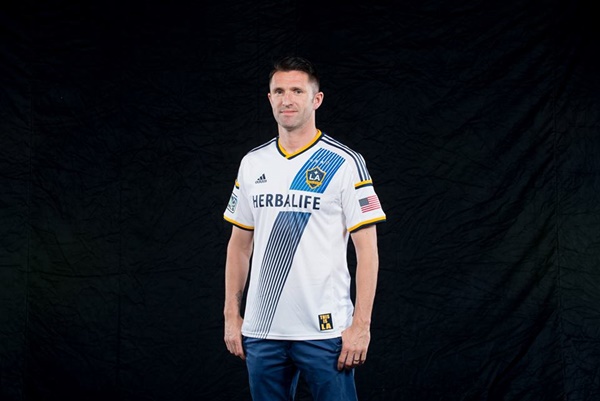 popular
Six people dead after mass shooting at Fourth of July parade in Illinois
Netflix has just added 33 very big movies to its library
The full list of cancelled flights in and out of Dublin Airport on Monday (so far)
The JOE Movie Quiz: Week 161
QUIZ: It's time for one of our trickiest General Knowledge Quizzes yet
The JOE Music Quiz: Week 111
QUIZ: Can you get 100% in JOE's great big halfway through 2022 quiz?
You may also like
4 years ago
PIC: This is why you should always answer your phone when an Irish Mammy rings
5 years ago
PIC: Enda Kenny. On a Dublin Bike. In a vintage Mayo tracksuit. And a backwards cap. That is all.
5 years ago
PIC: You can almost feel this man's pain after his mates forcibly slapped his back
7 years ago
Pic: David Cameron stars in the funniest viral picture of the British election so far
7 years ago
Pic: WWE fan gets GIANT portrait of The Rock tattooed on their leg
7 years ago
Pic: Irishman snaps stunning pic of the Milky Way over Cork
Next Page