Pics: Messi is back, and the Spanish-speaking press are very f**king happy

After a spell on the sidelines through injury, one of the world's greatest players is back where he belongs, on the pitch and scoring goals.

He came off the bench last night in a cup game against Getafe to score two in just four minutes, and the reaction from the press this morning both in Spain and at home in his native Argentina has been pretty euphoric.

Iconic Argentine sports paper Olé went so far as to change their masthead for Leo after his performance, and it looks pretty great if you ask us. 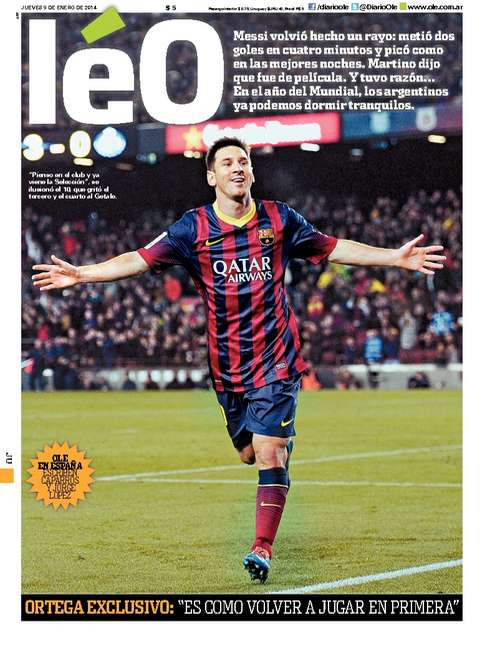 Sport, who make no qualms about showing their support for Barça, went a step further however, as they went with the headline "volvió el puto amo" which roughly translates as "the f**king man is back". No messing with that headline. 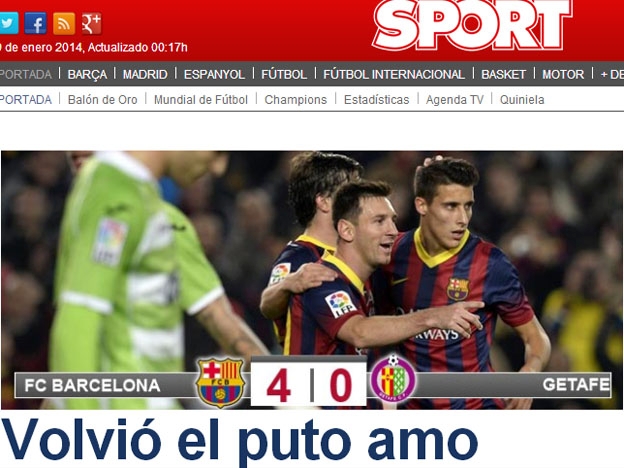 That was a nod to a phrase that Guardiola used to describe Jose Mourinho during his spell in charge at Real Madrid, when he described him as "el puto jefe, el puto amo" (the f**king boss, the f**king man), but no matter what language you speak or which words you choose to use, there's certainly no doubting that this Messi fella looks to be a decent player.