Now things are beginning to get serious. Really serious.

Although there has been plenty of hype about this weekend’s All-Ireland Final to date, so far there has been nothing but friendly back and forths between both sets of supporters and platitudes about the opposition from Jim Gavin and James Horan.

The rivalry was ramped up a notch yesterday when a Mayo supporter or some Mayo supporters went behind enemy lines – admittedly there are thousands of them already living behind those enemy lines – and planted the green and red flag on two of Dublin’s best known landmarks. 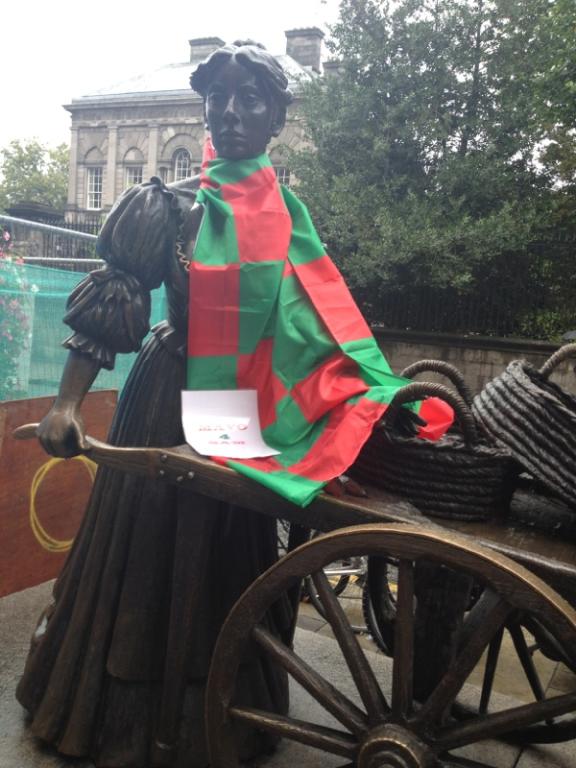 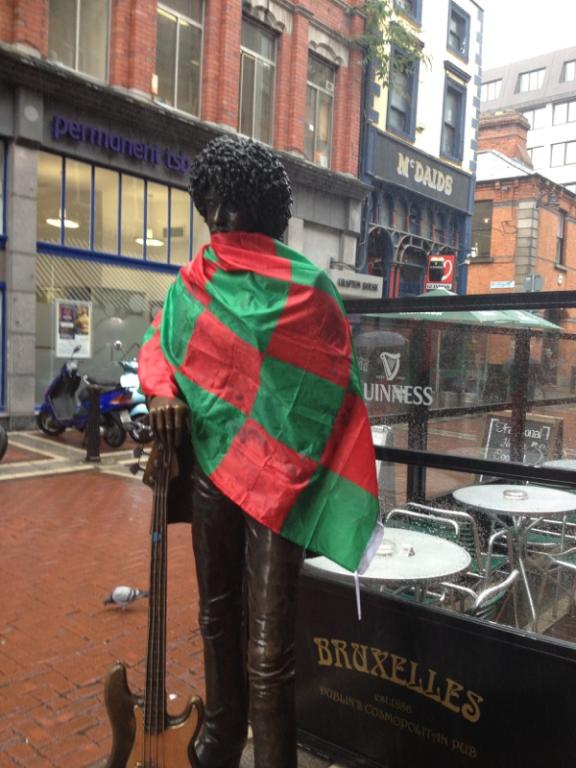 A sheet of the paper that appears to read 'Mayo 4 Sam' was left with the Mayo flag draped around the defenceless Molly, although we’re sure that offended Dublin supporters have removed it at this stage.

Some will say it’s merely friendly banter, but some Dubs might take it as a gross affront ahead of the biggest game of the year this weekend. Whatever the case, with only four days to go, there’ll be no taking a back step on either side before the teams take to the field in Croke Park on Sunday afternoon.