Apparently, it's been known for a while that actor who plays Walter White had a tattoo hidden somewhere on his body that referenced the show somehow, but no one knows where.

Until now, that is, as at the premiere for the final episodes of Breaking Bad, he showed the lads at E! exactly where he has the ink inspired by the hit show. 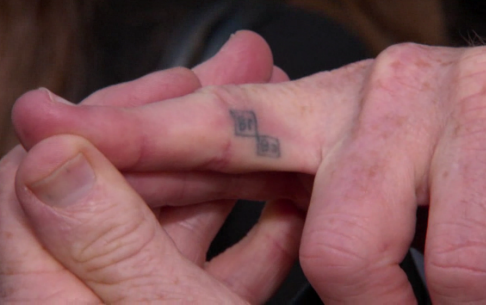 It's pretty small, and not in a place that anyone can really see, but as he told the reporters himself when they stated that no one will know it's there "I can see it. So every once in a while I catch a glimpse of it and I see that logo for Breaking Bad and it makes me smile".

Hat-tip to Business Insider for the pic

popular
The JOE Friday Pub Quiz: Week 300 - the Triple Century
One of the most underrated sequels of all time is among the movies on TV tonight
A classic Western is among the movies on TV tonight
Rain and thunderstorm warning extended to include 15 counties
Met Éireann gives update on weather warnings for this weekend
New horror movie trailer has one of the best jump scares in years
QUIZ: Can you match all 32 counties up to their province?
You may also like
1 year ago
EXCLUSIVE: Bob Odenkirk on the one dangerous stunt he DIDN'T do in new action movie Nobody
2 years ago
New Better Call Saul trailer shows the return of Breaking Bad's most beloved character
2 years ago
Season 5 of Better Call Saul will see the return of two beloved Breaking Bad characters
2 years ago
El Camino gives Breaking Bad fans closure, but it's a mostly pointless detour
2 years ago
Acclaimed actor Robert Forster has died, aged 78
2 years ago
Breaking Bad creator Vince Gilligan has finally answered the big Walter White question
Next Page