Picture: Check out this class infographic on the Sturridge and Suarez strike partnership

Sturridge and Suarez are the form partnership in the Premier League so far this season, and here's a breakdown of the stats

The strike force that has become known as SAS has had a pretty good start to the season by all accounts, and it seems that the partnership is really working well.

The stats back that up too, which this great infographic shows off with some of the key numbers from both Daniel Sturridge and Luis Suarez in the first few games of this season. If you can't see the text, click here for a bigger image 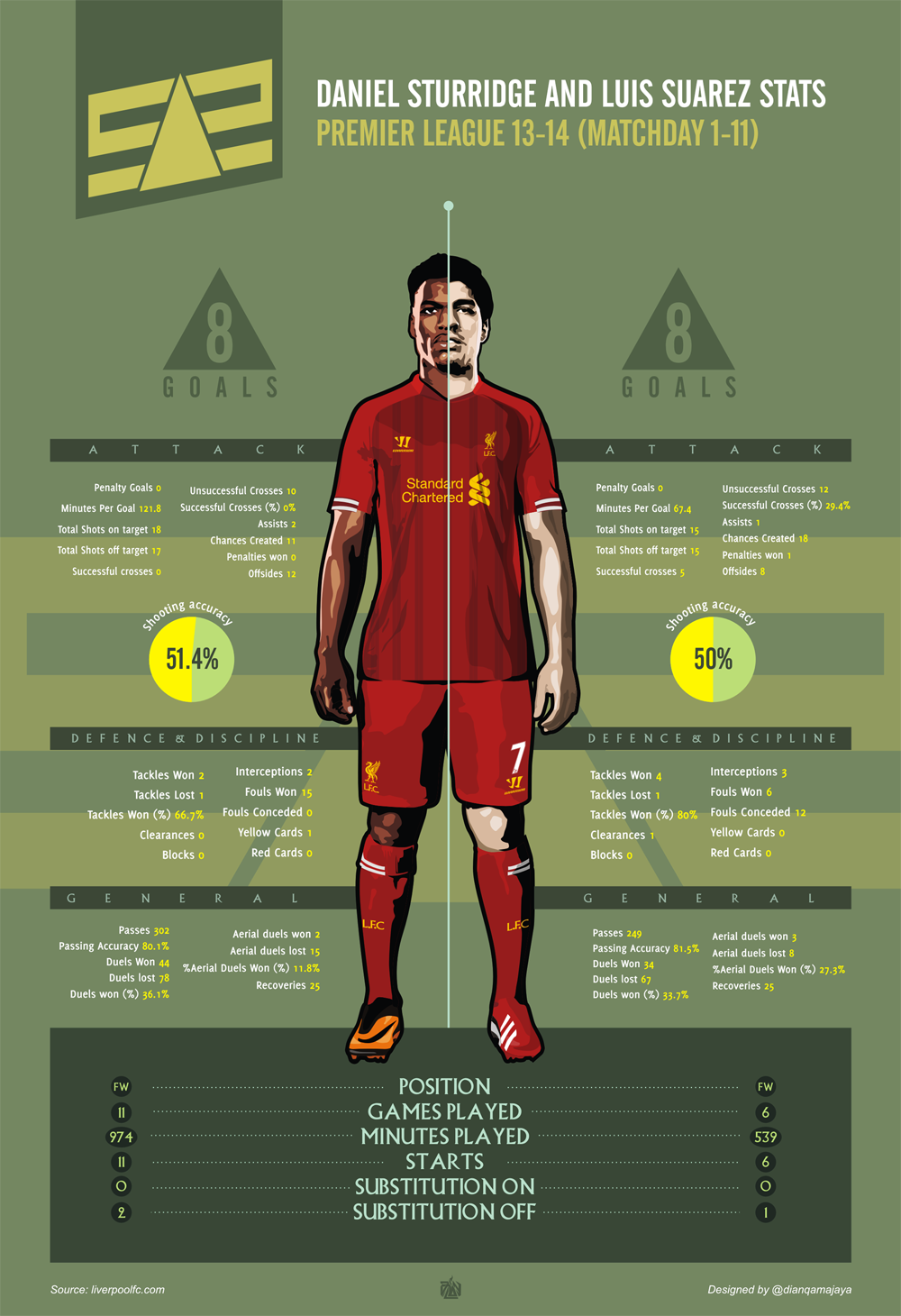 Some of the stand out numbers are undoubtedly the shots and goals, but also the accuracy of the passing (above 80%) for both of the two boys, which is possibly why they've worked so well together. There's also just one yellow card between them, but we're sure Suarez will have a say in that stat before the season is through.

However, Liverpool fans will be desperately hoping that these numbers keep getting better as the season goes on, and that there aren't too many more incidents where the communication breaks down like it did against Arsenal at The Emirates. 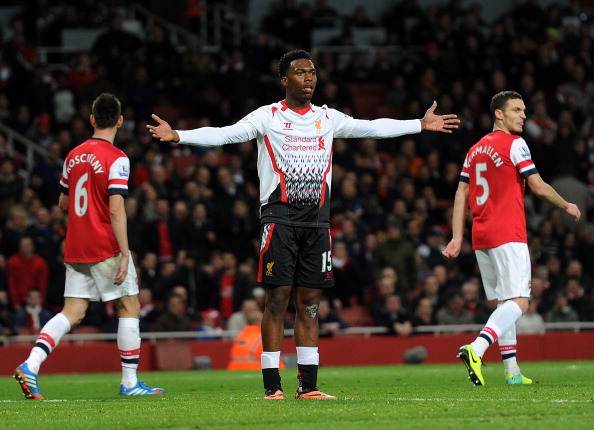 popular
Penneys issues statement after shoppers try to sell appointments for €100
Man in his late 70s dies after fatal road collision in Westmeath
Man arrested after walking into Garda Station, spraying petrol on Gardaí and attempting to light it
Paul Murphy says there will be 2014-style mass protests if the Government re-introduce water charges
Met Éireann forecasts thunder, hail and risk of spot flooding over the next two days
This bird looks a little bit like Michael D Higgins, and he agrees
The 50 most iconic songs of all time* have been revealed
You may also like
6 months ago
Gini Wijnaldum shares his favourite gym exercises for building abs of steel
6 months ago
Armed police close gym near Liverpool after owner refused to shut doors
1 year ago
Jurgen Klopp sends brilliant letter to 10-year-old Manchester United fan from Donegal asking him to stop winning
1 year ago
Seán Cox will move to England as he steps up his rehabilitation programme
1 year ago
Woman gives birth during Pink gig, names baby in her honour
1 year ago
QUIZ: How well can you remember the 2018/19 Premier League season?
Next Page