Picture: That rumoured Liverpool away kit is now official

The kit got a good bit of abuse when it was just a rumour, but now that it's been made official, Liverpool fans shouldn't expect that to end any time soon

Liverpool's rumoured away kit that we brought you earlier today has been made official by the lads at the club this evening, and the reaction on Twitter so far has not been positive, with a lot of people sayng it either looks like a 'Christmas jumper' or a tribute to classic arcade game Space Invaders.

Here's a few of the club's top players modelling the shirt, and we wonder if they're as displeased as the folks of the social media seem to be with it. 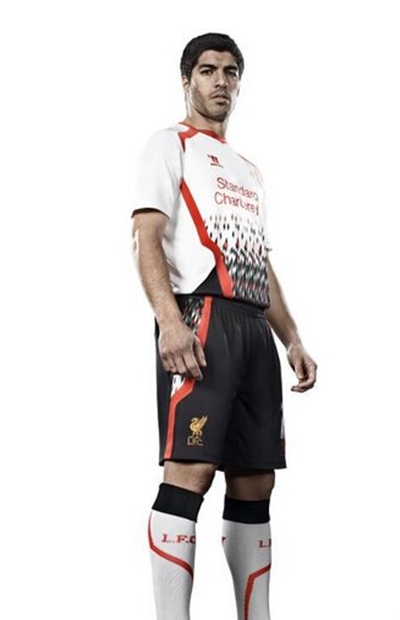 It's fairly likely that there's going to be a bit of abuse dished out to any Liverpool fans who do end up buying this one, however if nothing else the marketing folks have certainly got people talking about it simply by sending one tweet. 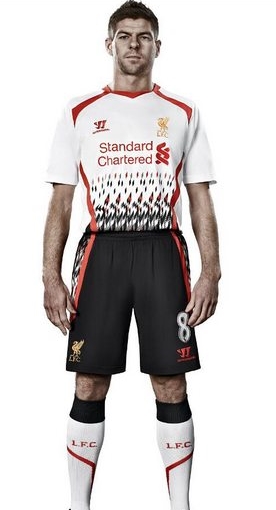 We'll have to wait and see if this one is a deisgn that ends up growing on us, but we think the home shirt is pretty slick, and have a suspicion that it might be the one that sells better.

The Big Reviewski || JOE · The Big Reviewski with Andy Serkis, Squid Game follow-ups & the return of Succession
popular
The JOE Friday Pub Quiz: Week 265
Two prisoners who absconded from Loughan House in Cavan arrested by Gardaí
Hollywood couple Joe Manganiello and Sofia Vergara seen enjoying a Cork chipper
Emergency services rush to high-rise building on fire in Tallaght
QUIZ: Can you master this General Knowledge Quiz?
Ryanair is seeking applicants for "the worst job in Ireland"
National Lottery reveals 28 locations where tickets worth over €35,000 each were sold
You may also like
5 years ago
WATCH: This video showing 'hand-rolled ice cream' in Dublin is mesmerising
5 years ago
There's a new app that helps people find any food, drink or product they're looking for, locally
5 years ago
5 reasons why your business should 'pop-up' at one of Dublin's busiest stations
5 years ago
JOE BUSINESS: 3 great reasons you should pop-up in Dun Laoghaire this summer
5 years ago
This new app will help you keep track of the Luas strikes
5 years ago
TWEETS: Mixed reaction as Joan Burton steps down as leader of the Labour party
Next Page