Picture: This is what it meant to Bohs to beat Rovers tonight

One of the biggest fixtures of the League of Ireland calendar took place tonight, and Bohs came out on top

The Gypsies claimed a narrow win over Dublin rivals Shamrock Rovers tonight with three points that moved them off the bottom of the table.

Dave Mulcahy grabbed an early goal after just three minutes, but it was enough to see them through to the final whistle at Dalymount Park, and the celebrations for the goal were pretty joyous. 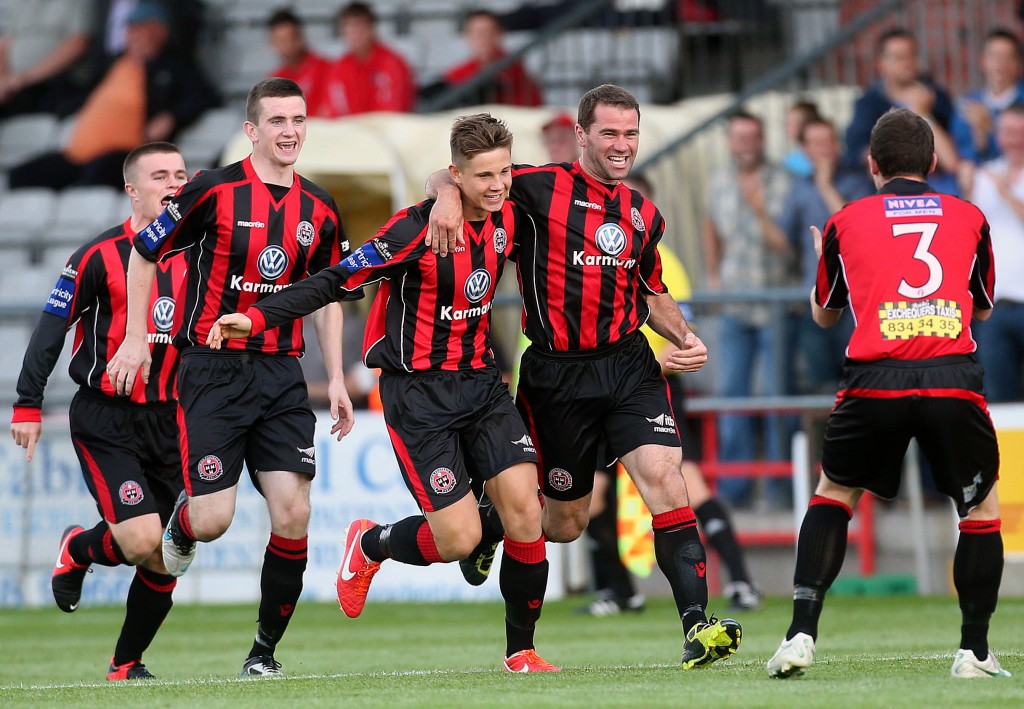 Rovers had the chance to level it with around ten minutes left on the clock, but Ronan Finn saw his penalty come back off the crossbar.

In the other games tonight, Sligo Rovers sunk to a 2-0 defeat at the hands of Dundalk, Cork City beat Bray Wanderers 2-1, UCD were 3-1 winners over Limerick City, Drogheda beat Derry City by 2-0 and St. Patricks Athletic won 1-0 against Shelbourne.

popular
One of the best action movies of recent years is finally available to watch at home
Gardaí launch investigation after man's body reportedly brought into post office in Carlow
The JOE Friday Pub Quiz: Week 278
QUIZ: Can you score 18/18 in this tricky geography quiz?
QUIZ: How well do you remember Ozark on Netflix?
The 10 must-watch new (and old) arrivals coming to Disney+ in February
"It will be with me until I die" - Charlie Bird opens up about "loveliest gesture" from Daniel O'Donnell
You may also like
1 month ago
Bohemians condemn "deplorable actions of a tiny minority" after violent fan clash
1 year ago
Gardaí seize goods in League of Ireland match fixing investigation
2 years ago
WATCH: This end-of-season League of Ireland montage is exceptional
2 years ago
It just got MUCH easier to watch goals and highlights from the League of Ireland
3 years ago
Paddy Power and Boyle Sports suspend betting on Airtricity League clash due to unusual betting activity
3 years ago
League of Ireland players pay tribute to young Bohs fan who sadly passed away
Next Page