PSG launch their own brand of crisps, including Joe Kinnear's favourite flavour...

Le Parisien posted images this morning of the new flavours, and we were immediately reminded of Joe Kinnear's botched attempts at pronouncing the names of Newcastle's players during his spell as Director of Football.

'Yohan Kebab' was a bit special, but clearly stuck in the minds of the Paris Saint Germain marketing department when they signed the French international last January.

Yohan Cabaye isn't the only player with his own flavour, with Zlatan nailing 'salt' for no reason in particular and Blaise Matuidi's 'onion cream' variety turning our stomachs as we type the words out.

It's all very well, but it's no Zlatan burger. 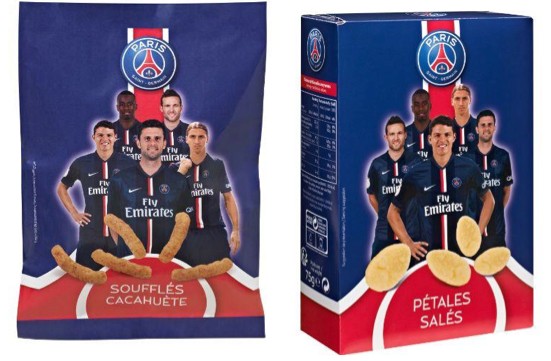 popular
Details of cash payments and Christmas bonus outlined in Sinn Féin’s alternative budget
QUIZ: Test your knowledge with this Ultimate Friends Character Quiz
A brilliant psychological thriller is among the movies on TV tonight
The JOE Friday Pub Quiz: Week 313
House Of The Dragon is already better than Game Of Thrones
One of the best films nobody went to see turns 15 years old this week
Amazon Prime Video has just added 20 very big movies to its library
You may also like
3 years ago
The Football Spin featuring Neymar upsetting Liverpool, Ballybrack’s misdemeanours and Mourinho the gym rat
4 years ago
WATCH: PSG Ultras storm Liverpool town centre with flares
6 years ago
PIC: PSG's goalkeeper had a night to remember after kissing Rihanna
7 years ago
Video: Manchester United slip to a 2-0 defeat as Zlatan scores a tasty tiki-taka goal for PSG
7 years ago
Champions League man of the week: David Luiz
7 years ago
Can Chelsea prevail against PSG and will Bayern make a breakthrough: JOE previews tonight's Champions League
Next Page