With just over a week away to the All-Ireland hurling final, Cork and Clare are set to do battle for the fourth time this year. And one game in particular saw very little separate the sides.

In the League match Clare were far too strong for the Rebels, while in the provincial semi-final, Jimmy Barry Murphy’s side came out on top aided by some wasteful Clare shooting, but it was the Division One relegation game that illustrated how close these teams are. Indeed extra-time was needed before Cork were condemned to the second tier of league competitive action for 2014.

It is hard to imagine now that just five months ago these two sides played in front of just over 5,000 supporters in Semple Stadium for the right to compete in Division One and while the make-up of both teams will be very similar to the teams that take the field Sunday week, the performances have been upped considerably since last April.

The opening period didn’t exactly have the pulses racing with Cork going into the break with a 0-11 to 0-07 lead thanks in part to a stiff breeze.

The second half was far more entertaining and the Rebels bagged two goals courtesy of Luke O’Farrell and Pa Cronin. With Pa Horgan unerring with frees, Cork looked to be heading for victory in the closing minutes until a late Clare rally saw them take the game to extra time. 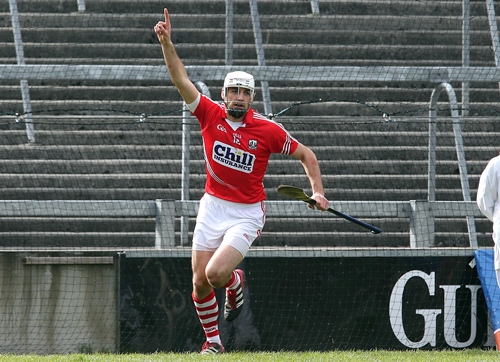 Cronin’s goal came in the 68th minute, but points from Tony Kelly, who was outstanding throughout and ended up with six points in total and Colin Ryan saw Clare cling on for a draw, which in truth was the least they deserved.

While they would score 31 points by the end of the game, they also managed to hit 24 wides in total, and Colin Ryan probably summed up the Clare performance better than anyone else. Playing between midfield and the half-forward line, he was one of the stand-out performers on the pitch and finished with a tally of 0-10, while also hitting eight wides.

In extra-time, the Banner men’s superior fitness clearly shone through and the Rebels had no answer to Davy Fitzgerald’s men, eventually losing out by three points on a scoreline of 0-31 to 2-23. 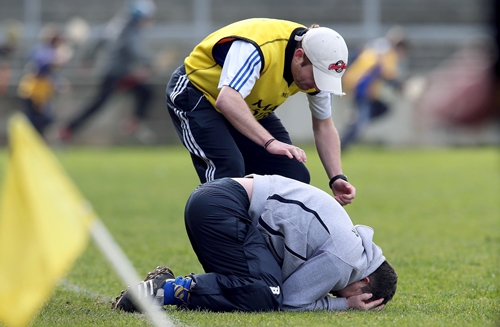 A relieved Davy Fitzgerld at the final whistle

Prior to the championship, Cork players said that their training schedule had been tailored to peaking for later in the summer, unlike the previous campaign and that was the reason they were lagging after 70 minutes, and for Clare it was a significant victory for a young and relatively inexperienced side at senior level.

Things have changed for both sides since that day in Thurles. The Clare defence looks far more solid – Cork created other goal chances that day they didn’t take – while their attack has become far more efficient in front of the posts as Limerick found to their cost in the semi-final.

Cork on the other hand are without the services of Paudie O’Sullivan, but the team has been building steadily and with wins over Kilkenny and Dublin will be not short of confidence ahead of the all-Munster clash.

Though we still expect the clash to be every bit as close in Croke Park as that day back in April.

The Big Reviewski || JOE · The Big Reviewski with Y: The Last Man, that Malignant ending & a secret streaming service
popular
Seven people hospitalised after huge fight at Tuam cemetery
One of the most-anticipated movies of the last few years is finally available to watch at home this week
Retail billionaire calls on unvaccinated people to be banned from shopping centres
It looks like Garth Brooks will play FIVE nights in Ireland after all
Simon Harris and wife welcome arrival of new baby boy
Government announces special €1,860 payment for laid-off workers during pandemic
Gardaí warn of scam involving "inappropriate or sexual images" after young boy blackmailed for money
You may also like
1 day ago
Man (40s) in critical condition following serious road collision in Cork
2 days ago
Wally the Walrus "well on his way home" after being spotted in Iceland
2 days ago
Cork City Centre described as a "no go area" after man pulled from wheelchair in violent attack
6 days ago
Warning issued after men carrying Gardaí badge attempt to scam elderly people in Cavan and Monaghan
1 week ago
Famed 'birdman' of Cork told to fly away due to pigeon-related mayhem
1 week ago
Ian Bailey says he asks people to buy his poetry in exchange for selfies
Next Page