Recap: When Led Zeppelin played the National Stadium in Dublin, 1971

As part of Led Zeppelin week on JOE, we take a look back at the time they played in the National Stadium in Dublin in 1971.

It wouldn’t happen nowadays, but when one of the biggest bands in the world rolled into Dublin in March of 1971, they didn’t play in a venue that could host thousands upon thousands of people; they performed in front of 3,000 people in a small arena normally used for staging boxing matches on the South Circular Road.

Unfortunately for their fans on this side of the water, it was the only occasion they played in the Republic of Ireland (they played in Belfast on March 5, the night before), but those who were lucky to attend could hardly have picked a better time to go and see of the best live acts in the world. 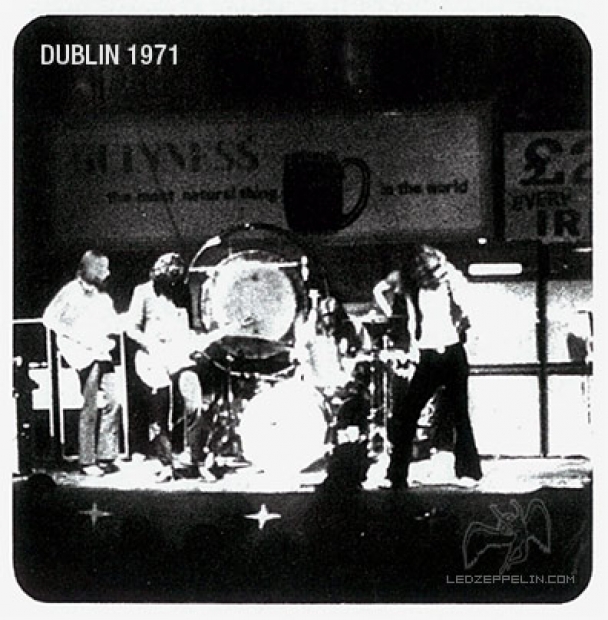 At the time, Page, Plant, Jones and Bonham were in the process of recording IV, arguably the best and most significant of all their nine albums, which was released to global acclaim in late 1971 and still features regularly on lists of the best albums of all time.

Obviously eager to road-test the new material, the band played a host of new songs to audiences in both Belfast and Dublin and it is believed that their performances of ‘Black Dog’ ‘Going to California’ crowd favourite ‘Rock n’ Roll’ and the iconic ‘Stairway to Heaven’ on both nights were the first time they had been heard by a live audience.

While the new material went down well, it was the familiar classics that the crowd wanted to hear and the band whipped up a frenzy in the crowd when they launched into the opening bars of ‘Whole Lotta Love’.

There was initial confusion over the setlist - "We had a play-list on a piece of toilet paper, but I think it's been used," Jimmy Page explained to the crowd at one point - but by all accounts it was a cracking show.

According to some archive press material on the official Led Zeppelin website, “The standing ovation started long before the show was over, and at the end Zeppelin had to come back for several encores before they could get away. 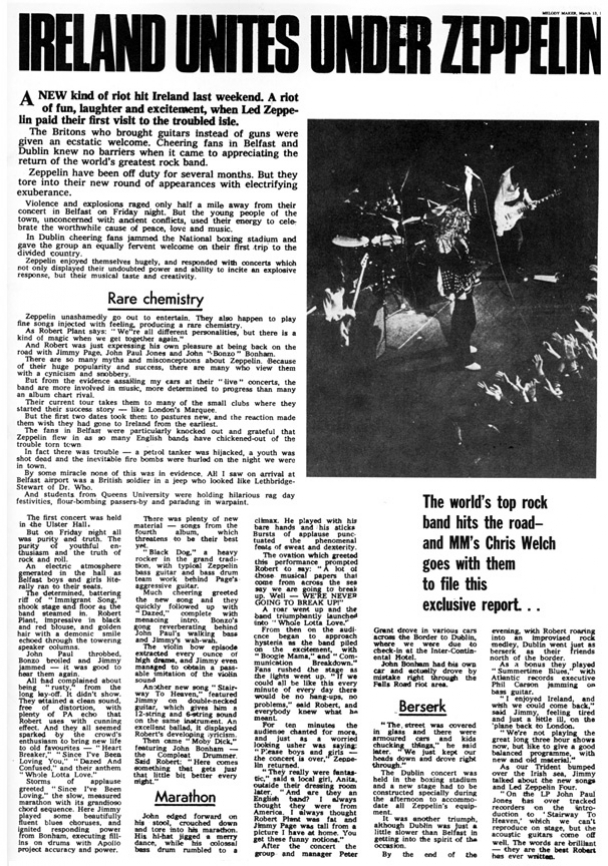 “It raised the excitement to fever pitch and the short-haired, grey-suited officials of the National Stadium gave up trying to make the people sit down and instead arranged themselves along the front of the stage in case of a possible riot. However, it all finished peaceably and 3,000 fans went off into the night more than satisfied with this tremendous concert.”

Sounds like a great gig and although we can only imagine what it must have been like to have been there on the night, have a listen to a recording of Stairway to Heaven taken from the show in the clip below.

If anyone doubts that it was indeed from Dublin, just listen to somebody cry ‘shut up’ only a few seconds into the clip and that should set your mind at ease.

‘Celebration Day’, the film and audio recording of Led Zeppelin’s one-off O2 Arena show, which took place in December 2007, is out now.

Available on 2CD & DVD and also to download on iTunes here.

The Big Reviewski || JOE · TBR Spotlight: The Falcon and the Winter Soldier Episode Five - 'Truth'
popular
The JOE Friday Pub Quiz: Week 239
The 50 most iconic songs of all time* have been revealed
PICS: The man with the biggest penis in the world has one unbelievable problem with it
Peaky Blinders star Helen McCrory dies aged 52
People think they've figured out the ranking of the viewers on your Instagram Stories
Stephen Donnelly says he "couldn't care less" about being mentioned by his department on Twitter
Amazon is spending $650 million just on the first season of their The Lord of the Rings show
You may also like
4 years ago
This new app will help you keep track of the Luas strikes
4 years ago
TWEETS: Mixed reaction as Joan Burton steps down as leader of the Labour party
4 years ago
VIDEO: All the thrills and spills from the AIB Start-up Academy Final
4 years ago
Which one of our finalists is going to be our AIB Start-up Academy Final winner?
4 years ago
JOE speaks to AIB Start-up Academy finalist Martin O'Connell from Nasal Medical
4 years ago
Snapchat's latest filter has been described as "offensive", "racist" and done in "poor taste"
Next Page