Report: West Ham's Mark Noble could be about to join the 'MonKeano' revolution with Ireland

With the European Championship qualifiers on the horizon, it seems that Mark Noble is about to nail his colours firmly to the mast of the Republic of Ireland.

The Daily Mail are reporting this morning that Mark Noble is about to go green. Noble qualifies for Ireland through the old reliable 'Granny' rule as his grandparents hail from Cork. The 27-year old is a Premier League player of vast experience and could be a very good addition to the Irish squad. Apparently, Noble has all but given up on being called up for England and is now open to a call-up for Ireland. 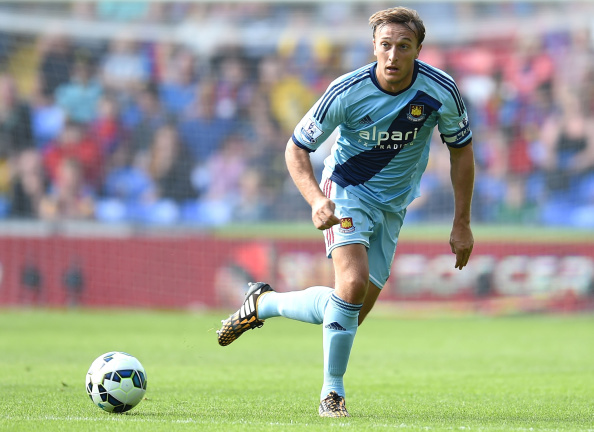 Whether you think it's right or wrong that we appear to be a second choice for Noble, we can't really afford to be in a position of being precious about it. Noble would be at worst, a good option to have in the squad. Glen Whelan is coming to the end of his international career and although Darron Gibson is back in the fold, it would be no harm at all to have Noble, West Ham's player of the season for the last two years, in there as an option.

He has represented England all the way up to under-21 level, but he obviously feels that's as far as his international involvement will go with them.

popular
Elderly Irish man stabbed to death on mobility scooter in London
QUIZ: Can you name all the countries beginning with A?
Here's how to make €9-11 on Revolut in just a few minutes
New car-free town with population of 85,000 set to be built in Dublin
Galway City Council street cleaners claim Lotto jackpot worth over €5.5 million
Dunnes Stores recalls children's pyjamas over suffocation risk
Articulated lorry driver in his 20s dies in Tyrone
You may also like
11 months ago
Roy Keane has finally talked about his Instagram account and it's classic Keane
1 year ago
Roy Keane reacts to the dancing Keano FIFA TikTok meme
2 years ago
WATCH: Lad who wrote letter to Jürgen Klopp meets Roy Keane on The Late Late Show
2 years ago
Roy Keane will be appearing on this week's Late Late Show
2 years ago
WATCH: Roy Keane told to "f**k off" in cameo appearance in new season of The Young Offenders
2 years ago
"I’d rather have a couple of mates than a couple of medals" - Jason McAteer responds to Roy Keane comments
Next Page