Report: Yaya Toure wants to leave Man City because they didn't wish him a happy birthday

When you think you've heard it all, footballers just keep giving...

The manliest man in the the Premier League, Yaya Toure, is considering leaving Manchester City this summer because (wait for it) nobody wished him happy birthday at a club event in Dubai.

Speaking to the Sun, his agent Dimitry Seluk says: "Yaya is so upset he's thinking of leaving City. There are a number of things that have happened that have left Yaya feeling bitterly upset. He must concentrate on the World Cup now. But City have treated him with disrespect and have really hurt him."

Let's be honest, we've all had birthdays that people in work have forgotten, especially in those pre-Facebook days. But did we quit our jobs over it or want to move somewhere else? Ah, no.

But the agent says the big Ivorian is genuinely hurt by the whole thing: "What happened at his birthday meant the club don't care about him. It was proof. They can say whatever they want, 'Oh we like him but we forgot'. His birthday can be on a normal day and, in a normal team, his team-mates and club would at least give him good wishes.

To be fair, all the flour and eggs were probably used in the making of this monster cake for City owner Sheikh Mansour after they won the title. 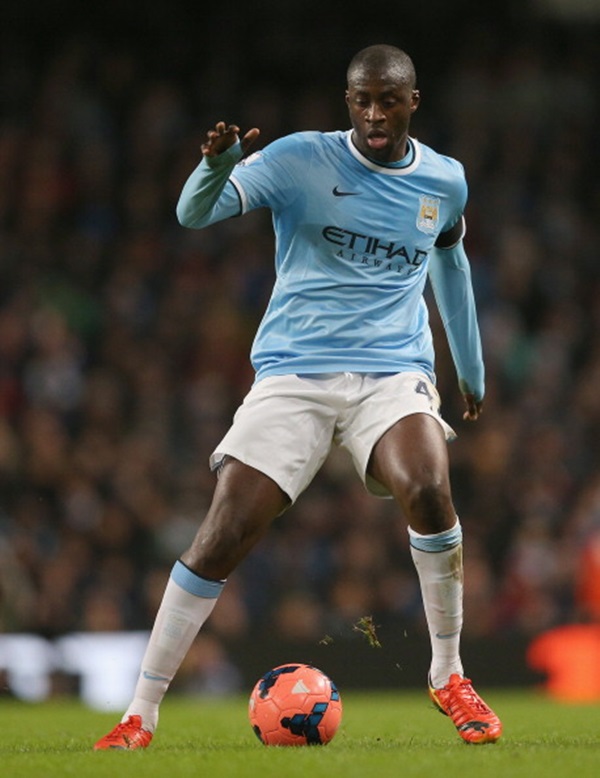 If you allow JOE to put on our cynical hat for a moment, this looks like leverage for a summer move to sunny Spain and the proof is pretty much in this quote from the agent: "This isn't about money or a new contract – it's about human relationships and City have shown they don't respect him. I repeat, this is not about money. In fact, he would take less to return to Barcelona."

The summer of speculation starts now but here's why City must hold on to Toure, he's a beast.

popular
The 50 most iconic songs of all time* have been revealed
Making A Murderer: The explosive and NSFW telephone call that implicates a new killer
Hank Azaria feels he needs to apologise "to every single Indian" for playing Apu in The Simpsons
Dr Ronan Glynn says six more weeks of strict restrictions needed to prevent fourth wave
Dr Ronan Glynn says there will likely be no need for vaccine passports by June
Steven Avery's lawyer says nephew Bobby Dassey planted evidence in case
Taoiseach Micheál Martin says hotels across Ireland could reopen by June
You may also like
1 year ago
Barcelona's Sagrada Familia finally receives building permit after 137 years
2 years ago
COMPETITION: Design a One4all Gift Card & win a trip to Barcelona
2 years ago
Train carrying 150 people in Barcelona derails, killing one and injuring six
2 years ago
Trains in Barcelona's main station evacuated following reports of a "luggage bomb"
2 years ago
WATCH: Ryanair passengers in Barcelona escape on emergency chute after a phone caught fire just before takeoff
2 years ago
WATCH: Lionel Messi really enjoys making his dog look silly
Next Page