Richard Dunne and dusted; a fond send-off to the Iron Curtain

Richard Dunne has retired from international football and we here in JOE are very sad. The man is a legend and will be sorely missed.

The big Tallaght man has brought the (iron) curtain down on his illustrious international career. The man affectionately known as The Honey Monster has long been a favourite with Irish fans due to his no nonsense displays at the heart of the Irish defence since 2000. In fact, everywhere he has played, he has earned cult status amongst the public.

The majority of Manchester City, Everton, Aston Villa and QPR fans will have nothing but good things to say about Richard Dunne. He came through the legendary Home Farm academy and signed for Everton as a 15-year old back in 1995 and he's still doing  fine job at QPR almost two decades later. 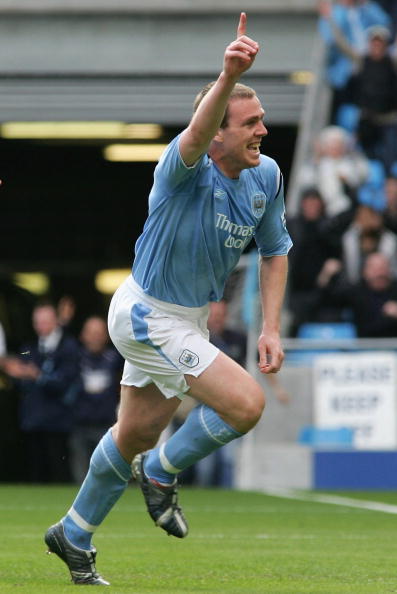 However, as he is still playing club football (with some distinction) let's switch attention to the international scene. Dunne is a proud Irish man and nothing gave him more pleasure than pulling on the green jersey. He has been a rock for us over the years. Obviously, everyone remembers the colossal performance in Moscow where he was simply the living embodiment of 'the immovable object.' 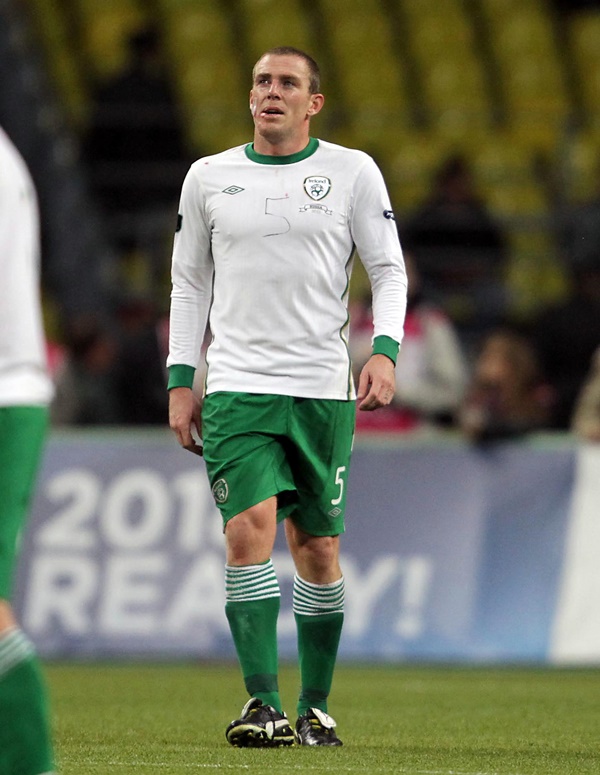 It wasn't all plain sailing for him though and it was only when Trappatoni (remember him?) took over as manager, did he see a sustained run in the Irish team. It is hard to remember now, but Dunne was in and out of favour with McCarthy, Staunton and Kerr, so it was the Italian manager, who knows a thing or two about defending, that decided that Dunne would be the rock to build his team upon and what a rock he became. 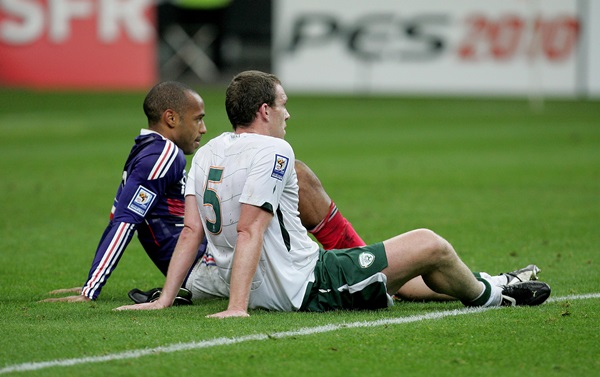 He rarely if ever left anything out on the pitch when he played for his country and even in games where he didn't perform well, it certainly wasn't for the lack of effort. We'll all remember Paris and the night of THAT handball, but who can forget that iconic picture of a crestfallen Dunne sitting on the Paris pitch with Henry beside him (pic above) trying not to look guilty? A lesser man would have throttled Henry, but not our Dunney! Maintaining the decorum and poise of a Shaoilin monk, he sat there unperturbed.

Richard Dunne was a great Irish warrior and his presence in the green jersey will be sorely missed by team-mates and fans alike.

Enjoy your retirement Richard, and thanks for the memories.

The Big Reviewski || JOE · The Big Reviewski with Y: The Last Man, that Malignant ending & a secret streaming service
popular
Aer Lingus announces flight sale as US to lift travel ban for vaccinated EU passengers
Cork City Centre described as a "no go area" after man pulled from wheelchair in violent attack
The Big Reviewski JOE Movie Quiz: Week 120
Green Party Councillor calls for smoking ban in outdoor dining areas
The weather for the week ahead looks very autumnal indeed
"Vile" and "homophobic" protest outside Leo Varadkar's home condemned by TDs
The 50 most iconic songs of all time* have been revealed
You may also like
3 weeks ago
Manchester City's Benjamin Mendy charged with four counts of rape
8 months ago
Everton v Man City tonight postponed due to coronavirus outbreak
1 year ago
Here's how to get tickets to Coca-Cola's last Premier League roadshow
1 year ago
They're making a cartoon show about Manchester City for some reason
2 years ago
QUIZ: How well can you remember the 2018/19 Premier League season?
2 years ago
QUIZ: How good is your memory of the Manchester derby?
Next Page