Athlone Town clinched the Division One title tonight and the League of Ireland looks to have a new hipster in town.

A massive crowd packed in to Lissywollen tonight as Roddy Collins' Athlone gained promotion to the top-flight thanks to a 1-0 win over Waterford.

The home supporters were sent home – or wherever they decided to celebrate – happy as the club enjoyed promotion for the first time in more than two decades.

Philly Gorman was the hero when his spot-kick was the difference between the sides and Collins will bring more colour to the Airtricity League next season. And he will also increase the hipster population by one. 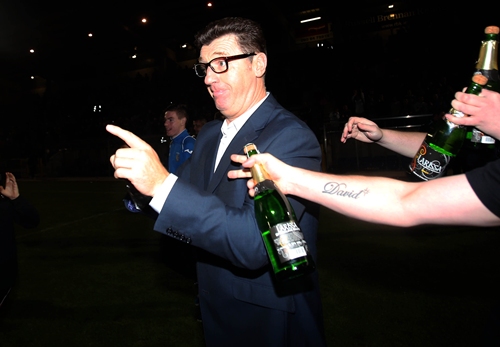 Mervue’s victory over Longford sealed promotion and we expect a good night of celebration in the Midlands.

popular
The Last Of Us Episode Five will premiere days earlier in Ireland and UK
Amazon Prime Video has just added 21 big movies to its library
Shock as blues singer beats Adele, Beyonce and Taylor Swift to win Song of the Year Grammy
5 years ago, Hollywood took a massive gamble on a huge sequel... and lost big time
Ben Affleck's bored expression at the Grammys becomes a meme
One of the best crime thrillers ever is among the movies on TV tonight
Netflix has just added 12 very big movies to their library
You may also like
3 months ago
Buying a home in Cork, Kerry, Limerick, Clare, Tipperary or Waterford? Our FREE virtual mortgage event is here to help...
3 months ago
The ULTIMATE Pub Quiz is coming to Waterford, here's how you can book your FREE spot...
4 months ago
Localised flooding expected as Status Orange Rain Warning issued for Cork and Waterford
7 months ago
Waterford man sentenced to three months imprisonment for operating "cruel and illegal" puppy farm
8 months ago
Teenage girl in critical condition after collision between bike and car in Waterford
9 months ago
Man arrested following serious assault in Waterford
Next Page