Monsieur Joey Barton is in town for the next two weeks... Belfast town that is, as he takes part in a UEFA coaching course in order to obtain his B and A licences. (That’s French for “B and A licences”).

We’d love to see the disciplinary record of any team he ends up managing.

The controversial footballer isn’t staying in a fancy-schmancy hotel that he’d be well used to, but is instead crashing at the student accommodation at Queen’s University. Check out the extravagant pictures from the footballer’s Twitter below: 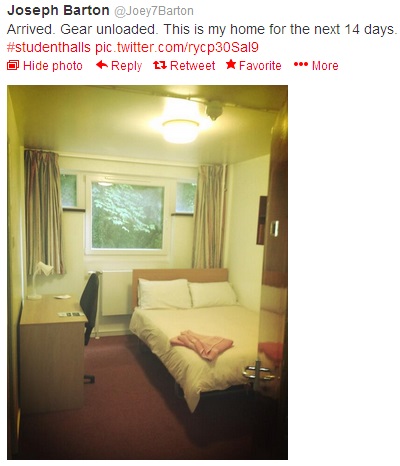 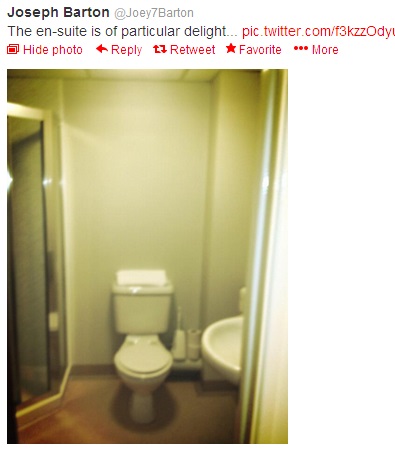 Reports that the bad boy footballer is now living on a diet of 8 solid meals of Wotsit crisp sandwiches and tashty Pot Noodles a day since moving into the student digs are, at the moment, unconfirmed.

And here’s the man in all his French-Scouse glory. Staying in Belfast he'll be saying "What about ye Monsieur" in no time at all...

popular
Netflix has just added 12 very big movies to their library
5 years ago, Hollywood took a massive gamble on a huge sequel... and lost big time
One of the most underrated crime thrillers of recent years is among the movies on TV tonight
Mystery over 'dead husband' spotted in Indian restaurant has been solved
QUIZ: JOE's Big News Of The Day Quiz #40
The JOE Friday Pub Quiz: Week 332
Netflix backtracks on anti-password sharing measures following user outcry
You may also like
5 years ago
#TheJOEShow - Episode 3
6 years ago
Matt Lucas is calm personified after Daily Mail's insensitive story about his ex-husband
6 years ago
Here's why all Heinz ketchup bottles have the words '57 varieties' on them
6 years ago
JOE meets Brian O'Sullivan, the man behind Camile Thai Kitchen
6 years ago
Good news because Chopped is opening five new restaurants in Dublin and Kildare with 110 jobs created
6 years ago
RTÉ presenter's new app will measure how many people are talking about your favourite TV shows
Next Page