Transfer Talk: Chelsea in for Carvalho, Nastasic off to Juve and Spurs want Fellaini and Hernandez

With eleven days to go in this transfer window, the lies and spoofs are accelerating at an alarming rate...

Sporting Lisbon's William Carvalho was seen to be the man Arsene Wenger would use to toughen up his midfield, but Portuguese publication Abola (unfortunate name given current world health affairs) have indicated that Chelsea will beat them to his signature with a whopping £35m bid.

Mourinho's (pic below) ability to speak in his native tongue has dazzled Carvalho and, although Arsene Wenger's pigeon Portuguese was deemed hilarious and cute, it was felt that it was not a good environment to train in seeing as he would be on his back laughing all the time. 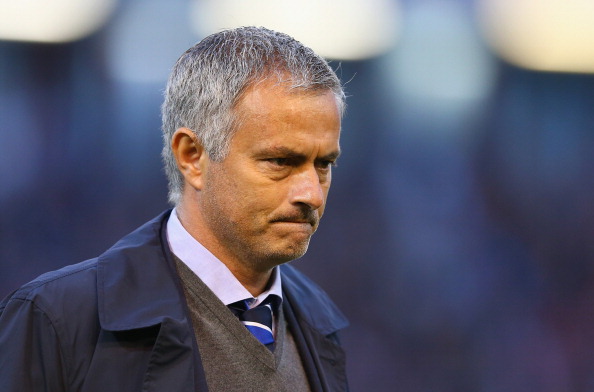 The missing out for Arsenal doesn't stop there, however, with the Daily Express claiming that Manchester City's decidedly average defender Matija Nastasic is on his way to Juventus. Wenger had hoped to bring him in as a replacement for Thomas Vermaelen, but it seems the Old Lady fancy bringing him back to Serie A.

The Old Lady is the nickname for Juventus, I am not claiming that my wife is bringing him to Italy. Although if she is, she better bring back one of those giant Toblerones from duty-free. 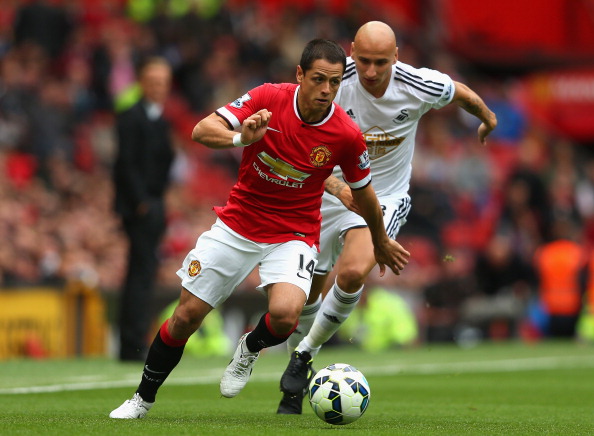 Tottenham boss Mauricio Pochettino wants to sign two Manchester United players in the form of Javier Hernandez (pic above) and Marouane Fellaini according to CaughtOffside, which is singularly the most untrustworthy football source on the planet.

They once claimed that Alex Ferguson was to sign as a striker for Athlone Town after he announced his retirement as manager for United... allegedly. Anyway, they have decided that Spurs want the pair for £24m. 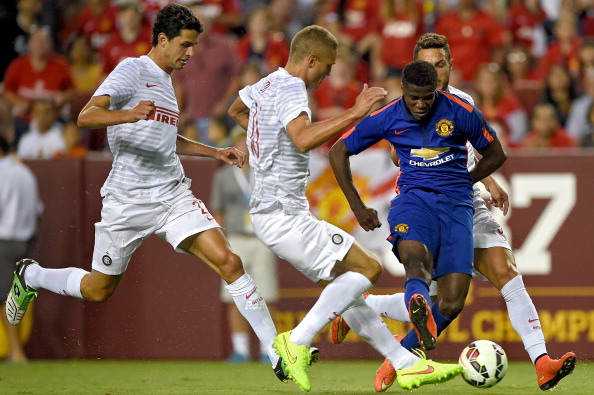 Staying with the Old Trafford clear-out, new Crystal Palace boss Malky Mackay is hoping to make Wilfried Zaha (pic above) his first signing according to the Star. It has been alleged that Tony Pullis fell out with the chairman as he didn't quite like the cut of Zaha's jib and questioned his character. The chairman is a big fan and so is Mackay apparently and a bid is expected soon. 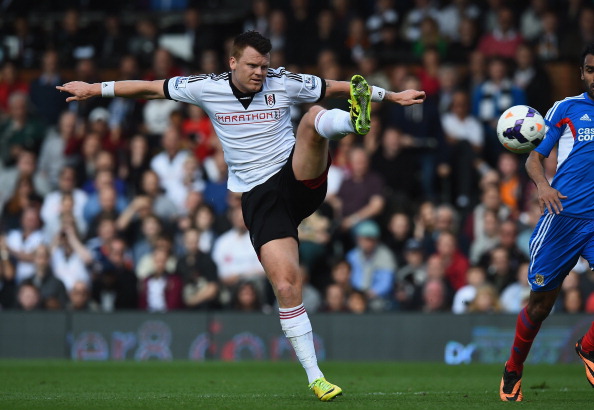 You'd think professional players of this day and age, who earn the astronomical money that they do, could afford some nice place mats and a few candles. 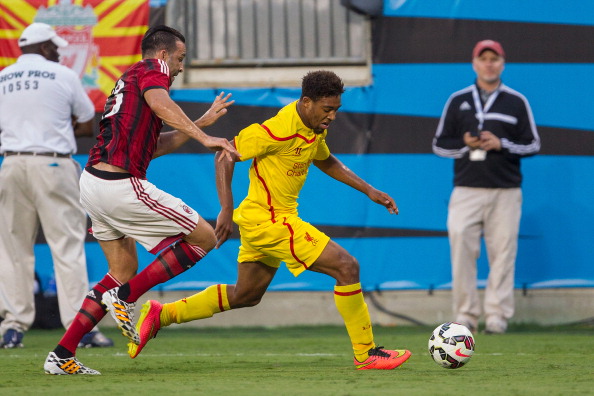 The Daily Mirror reckon that young Liverpool winger Jordan Ibe (pic above) will join Bolton on loan for the season after being "squeezed out by Adam Lallana and Lazar Markovic" at Anfield. He apparently took the aisle seat on the team bus, but Lallana and Markovic threw their weight around and he ended up on the floor.

Ibe, who sounds like an American multinational corporation e-commerce company will sulk off to the Macron Stadium with his bag of boots over his shoulder to the backing track of Eric Carmen's 'All By Myself'.

In other news, Fulham's Costa Rica striker Bryan Ruiz, 29, who spent the second half of last season on loan at PSV Eindhoven, is the target of a £3m offer from Werder Bremen.

We're off to buy some stuff for John Arne Riise's bare table.

popular
Here's how to make €9-11 on Revolut in just a few minutes
Green Party representative calls for a temporary ban of stag and hen parties in Ireland
Pop Idol star Darius Campbell Danesh has died, aged 41
Off-duty Garda arrested in Tipperary on suspicion of drink driving
Murder investigation launched following death of 75-year-old woman in Kerry
Dublin Bus passenger assaulted in suspected homophobic attack
QUIZ: You won't be able to correctly guess the meaning of all these words
You may also like
2 months ago
BBC trainee accidentally posts message mocking Man United live on TV
1 year ago
COMPETITION: WIN a copy of Eric Cantona's new Manchester United documentary, The United Way, on DVD
1 year ago
Manchester United documentary written by Eric Cantona available to watch at home in Ireland this May
1 year ago
Marcus Rashford launches book club to help kids experience 'escapism' of reading
1 year ago
Paul Pogba releases powerful statement in response to 'fake news' from The Sun
1 year ago
The JOE Pub Quiz: Week 214
Next Page