With six days and counting until the transfer window closes, it looks like the big clubs are getting their ducks in a row with some mega transfers imminent. Apparently.

Jose Mourinho, in typical Jose fashion, was telling Wayne Rooney last night that he must make his mind up in the next 24 hours about whether he is staying put or heading for pastures new. And it looks as though United and Chelsea hold the key to how much money is going to be spent before next Monday night.

Starting at Old Trafford, the club are being linked in most of the morning's papers with a late swoop for Gareth Bale after Daniel Levy is rather perturbed with Real Madrid’s “arrogance” at the negotiation table. Whether it is simply a bargaining tool, or a genuine offer remains to be seen. The Sun quote a figure of £125 million, and that seems a little wide of the mark to us given that £86 million has been the fee touted by Madrid. The Red Devils have also  joined Chelsea in the race to sign Porto's French defender Eliaquim Mangala (The Daily Mirror) who is valued at £12m.

Marouane Felliani is being linked again with a £20 million move to Old Trafford (The Telegraph), with Leighton Baines watching on in the wings. The Sun say that James McCarthy is still the preferred replacement in the eyes of Roberto Martinez, but The Daily Telegraph suggest that Alan Pardew/Joe Kinnear are looking to bring in the Irish midfielder for £8 million should Yohan Cabaye make his move to Arsenal. At least McCarthy is an easy name to pronounce for Kinnear. 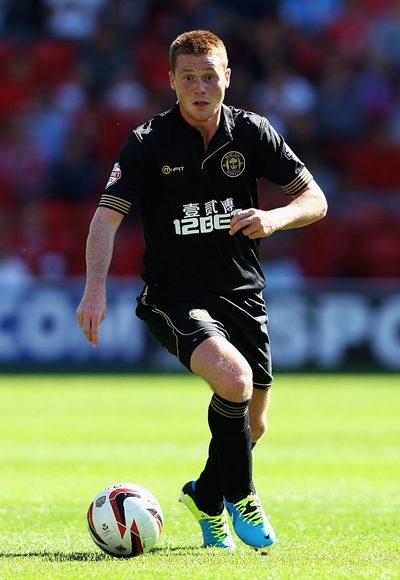 Will James be over the moon to sing a new Toon very soon?

Out-of-favour Juan Mata could well be staying in London after all. Despite the fact that Erik Lamela is set to sign for Spurs in a deal that is expected to break their transfer record for the third time this summer, AVB has shown interest in the Chelsea man. Relations between the clubs aren’t exactly at an all-time high after Willian was “stolen” under the noses of Tottenham, but Mata would certainly ease that pain.

Gareth Bale’s move to Spain is still having a big impact on Spurs’ Norf London rivals Arsenal. According to The Telegraph, the Gunners want to sign Real Madrid pair Mesut Ozil and Angel di Maria - but the deals hinge on whether the Spanish side land the Welsh wizard.

Elsewhere, Wenger has given up on Valencia goalkeeper Vicente Guaita (The Times), Sunderland have agreed a loan deal for Inter Milan midfielder Zdravko Kuzmanovic - but fear Everton could scupper the move (The Express) with Paolo Di Canio obviously of the opinion you can never have enough players - while The Times says that Liverpool face strong competition to take Chelsea winger Victor Moses on loan with Newcastle, Everton, Schalke and AC Milan among those interested.

Finally, it is no secret that promoted teams face a serious battle to survive in top-flight. Generally they will lose far more than they win and will often come down to resilience, battling qualities and an ability to scrap for every point in order to preserve their coveted Premier League status. With that in mind Crystal Palace have shown interest (The Daily Mail) in one of the best scrappers around, with QPR’s Joey Barton lined up in a move from Loftus Road. What could possibly go wrong?

popular
The JOE Friday Pub Quiz: Week 308
Pilots fly over destination airport at 37,000 feet because they were both sleeping
Passenger plane dropped 1,200 feet in a minute without pilots noticing
Netflix has just added 23 very big movies to its library
Multiple fatalities after planes collide mid-air over California airport
Here's how to make €9-11 on Revolut in just a few minutes
One of 2022’s best hidden-gem comedy series is available to stream
You may also like
2 months ago
BBC trainee accidentally posts message mocking Man United live on TV
1 year ago
COMPETITION: WIN a copy of Eric Cantona's new Manchester United documentary, The United Way, on DVD
1 year ago
Manchester United documentary written by Eric Cantona available to watch at home in Ireland this May
1 year ago
Marcus Rashford launches book club to help kids experience 'escapism' of reading
1 year ago
Paul Pogba releases powerful statement in response to 'fake news' from The Sun
1 year ago
The JOE Pub Quiz: Week 214
Next Page