Transfer Talk: Obi-Mikel out of Chelsea, Khedira in and Ron Vlaar linked with QPR

Some movement in and out of Chelsea this morning.

It seems like only yesterday when Manchester United and Chelsea fought an ugly battle for the services of John Obi-Mikel. Today, Chelsea are realising that he's not all that and are planning to get rid of him, according to the Daily Express. The son of Obi-Wan Kenobi is being linked with a £10m move to Inter Milan as they fancy having someone standing around the middle of the park and not actually doing anything. 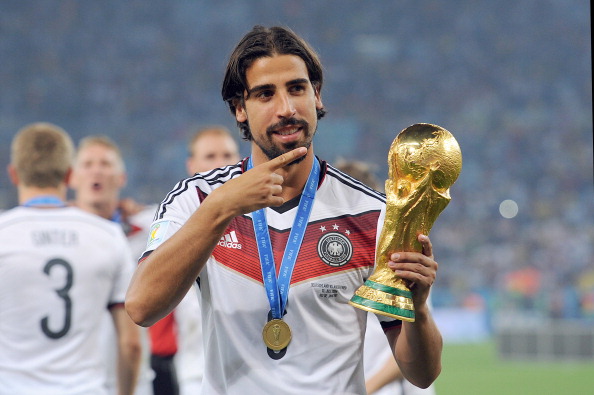 The same paper say that Chelsea want to make room in their bustling ranks of midfield players for Sami Khedira (pic above). Khedira, who has been linked strongly with Arsenal, is said to be a target now that Mourinho is giving up on signing Paul Pogba from Juventus. The German is available for around £20m and Chelsea won't have any problems paying what he wants, unlike Arsenal who are refusing to make him their highest paid player.

Expect Khedira to sign a new contract with Real Madrid any day now. 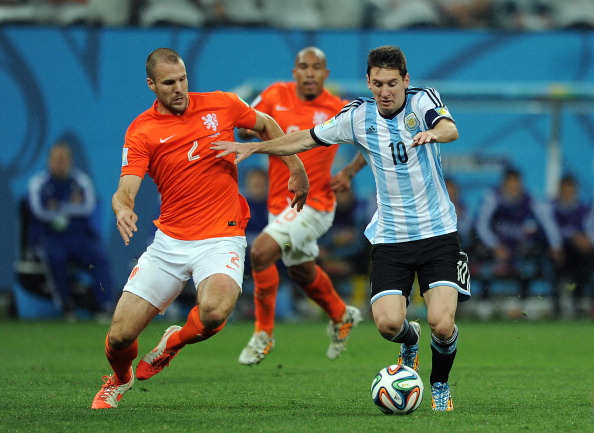 Ron Vlaar (pic above) was a surprise hit at the World Cup. The Aston Villa centre-half had a brilliant tournament with Holland and usually when this happens, a posse of clubs come knocking on the door.

Well, there has been a knock on the Aston Villa door and when they all ran to answer it, they opened it to see Harry Redknapp standing there with a contract in his hand and four million quid in the other, according to the Birmingham Mail. No Milan, Barca, Juve or Bayern. Just Harry and QPR. Vlaar is said to have been hospitalised due to an uncontrollable fit of laughter. 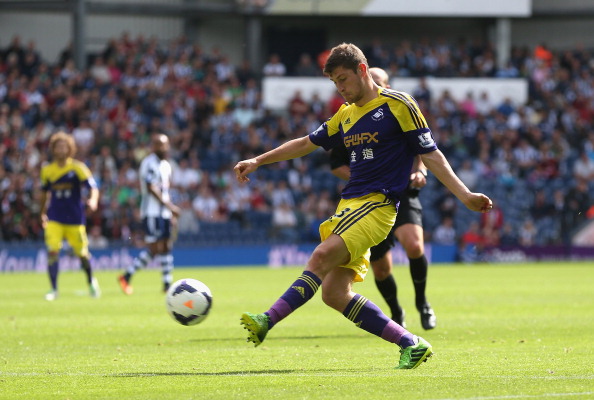 The Daily Star are reporting that sworn enemies Liverpool and Spurs are still fighting to the death over Swansea's Ben Davies (pic above). Both clubs, like gladiators in the Colosseum, are knocking lumps out of each other in order to impress the young Welsh defender. Davies is said to prefer a move to Liverpool, but Spurs are having none of it and are now getting 'tooled up' for one final assault. 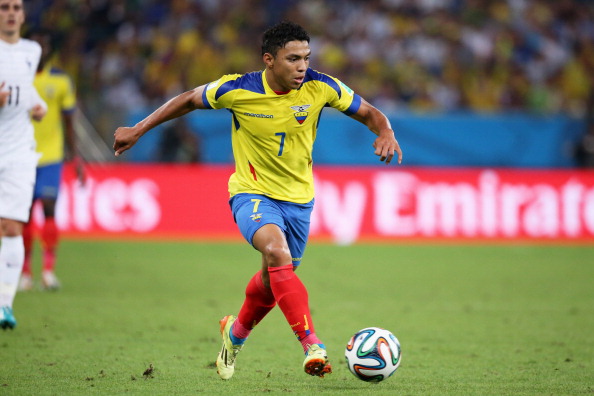 Swansea are in the news again, with the Daily Mirror reporting that they are about to sign Ecuadorian winger Jefferson Montero (pic above) in a deal worth £4m. The player was wanted by both West Ham and Southampton but has chosen Wales as his destination after Swansea agreed a deal with his Mexican club, Monarcas de Morelia.

Yes, that's what they're called and immediately I am scouring the internet to see what their jersey looks like. There's only one Monarcas de Morelia! 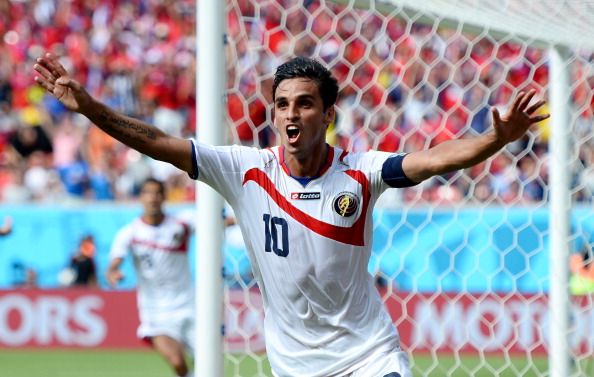 The Daily Mail are reporting that Olympiacos want to sign Fulham's Costa Rican striker Brian Ruiz on a free. Ruiz, who cost Fulham £10m, has a year to run on his contract and despite this, the Greeks reckon they can get him for nothing. Fulham, now a Championship club, are said to have replied with "Eh...what? Nothing? You want him for nothing? I'll tell you what, why don't you just come in and take all our cones and balls as well while you're at it".... allegedly.

Elsewhere, the Daily Telegraph say that Stoke City are homing in on Liverpool's Moroccan winger Oussama Assaidi for £7m. He spent last season on loan with the Potters and Mark Hughes has now decided that he'd like to keep him permanently.

popular
Jeffrey Dahmer’s dad thinks he knows what’s to blame for son becoming a serial killer
QUIZ: Test your knowledge with this Ultimate Friends Character Quiz
Two new 24-hour bus services are coming to Dublin
Why Bran Stark is the true villain of Game of Thrones
House Of The Dragon is already better than Game Of Thrones
Amazon Prime Video has just added 20 very big movies to its library
People think they've figured out the ranking of the viewers on your Instagram Stories
You may also like
4 months ago
BBC trainee accidentally posts message mocking Man United live on TV
1 year ago
COMPETITION: WIN a copy of Eric Cantona's new Manchester United documentary, The United Way, on DVD
1 year ago
Manchester United documentary written by Eric Cantona available to watch at home in Ireland this May
1 year ago
Marcus Rashford launches book club to help kids experience 'escapism' of reading
1 year ago
Paul Pogba releases powerful statement in response to 'fake news' from The Sun
1 year ago
The JOE Pub Quiz: Week 214
Next Page