Transfer Talk: Ozil could be on his way to United or Arsenal, while Shane Long may be headed abroad

Ozil's tantrum during the week has clubs on high alert, while Shane Long is headed to the continent

Real Madrid's Mesut Ozil was unhappy when he was substituted earlier this week in Madrid's game against Granada, and the papers have all jumped to the conclusion that he wants out of the Spanish capital.

This has put both Arsenal and Manchester United on alert, and while there's no news on how much it would cost to prize the German gem from the greedy grip of Perez and company, Ozil himself is asking for £200,000 a week in wages apparently, which might well be a stumbling block. We've never come across a stumbling block in real life ourselves, so we don't know what one looks like, but if you pile up that much money it's surely difficult to get around.

Shane Long could be headed for sunnier climes as he is apparently a target for Roma and Sevilla, while Newcastle are also believed to be interested. Roma have lost Dani Osvaldo to Southampton and look set to lose Lamela to Spurs, so are short of options up front. West Brom would be unwilling to sell seeing as they have lost Anelka on compassionate leave, but Long only has one year left on his deal and so would interest the Italians.

Meanwhile, Wayne Rooney is expected to stay at Manchester United, and it's being reported in The Daily Mail that he will be invited to contract talks in the autumn if he “continues to show his commitment to the club”, or, as he did against Chelsea, actually try his best for once.

However, Moyes is planning on mixing it up by turning the tables on Chelsea and bidding for one of their players, just to see how Mourinho likes them apples. Apparently, he's planning on lodging a bid for David Luiz, who seems to be out of favour with the Portuguese at Stamford Bridge, and would cost around £30 million 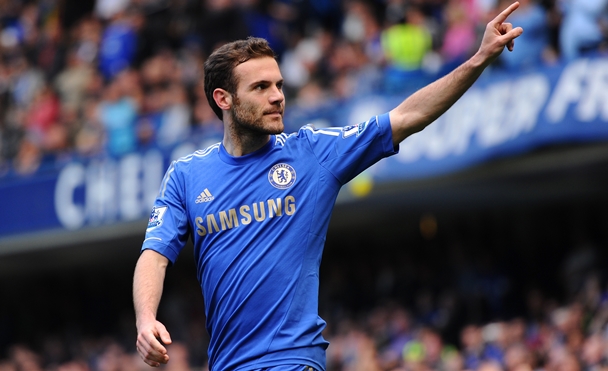 Arsene Wenger was refreshingly honest when talking about Juan Mata last night, as he stated that he was interested, but wasn't sure if he was really for sale. Mata has also fallen out of favour with Mourinho, and is set to be shown the mata-door (you need to read that one out loud for it to work, but it is good, trust us) by the Portuguese. Arsenal have plenty of injury woes at the moment, and it seems even Ramsey is asking Wenger to splash the cash on him.

Samuel Eto'o is player that The Special One actually likes, it would seem, and he is set to turn down a very lucrative offer to return to inter Milan in Italy in favour of rejoining his old boss and heading to London instead.

Gareth Bale and his matching pink t-shirt/hat combo met his agents in London yesterday, as Sky Sports news reported that he was “furious” over his move to Real Madrid still not going through. He is expected to feel disappointment, and possibly even confusion as this drags on.

In a historic first, people are fighting over Joey Barton instead of with him, as both Everton and Crystal Palace are expected to duke it out over his services. We presume Twitter rants are included in his services.

In other news, Manchester City have agreed a £4m deal in principle with Atletico Madrid to sign Martin Demichelis to solve their centre-back problems while also monitoring Valencia's Adil Rami, Swansea are in for more Spaniards (a first) and have apparently bid for Getafe's Alvaro Vazquez, who they believe will cost them in the region of £2.5 million, West Ham are trying to sign Honduras international Roger Rojas, Roma have held discussions with Spurs over a switch between Benoit Assou-Ekotto and Federico Balzaretti, while Aston Villa and Southampton are both in for Abdoulaye Ba, 22, of Porto.

popular
Netflix has just added 12 very big movies to their library
5 years ago, Hollywood took a massive gamble on a huge sequel... and lost big time
One of the most underrated crime thrillers of recent years is among the movies on TV tonight
‘Older’ woman who took Prince Harry’s virginity gives her side of the story
Woman who had sex every week with 'special friends' shares why she went celibate for a year
Netflix backtracks on anti-password sharing measures following user outcry
QUIZ: JOE's Big News Of The Day Quiz #40
You may also like
8 months ago
BBC trainee accidentally posts message mocking Man United live on TV
1 year ago
COMPETITION: WIN a copy of Eric Cantona's new Manchester United documentary, The United Way, on DVD
1 year ago
Manchester United documentary written by Eric Cantona available to watch at home in Ireland this May
2 years ago
Marcus Rashford launches book club to help kids experience 'escapism' of reading
2 years ago
Paul Pogba releases powerful statement in response to 'fake news' from The Sun
2 years ago
The JOE Pub Quiz: Week 214
Next Page