Transfer Talk: That Mexican keeper is linked with Arsenal and Liverpool as Balotelli is 'open' to a move to Arsenal

Didn't take long for the star of last night to be linked with a Premier League move, did it?

Guillermo Ochoa (pic below) had a brilliant game for Mexico against Brazil last night. The son of Leo Sayer was man of the match with a string of fine saves. Of course, he had barely walked off the pitch, before the Daily Express started spouting that he is being chased by Arsenal and Liverpool. 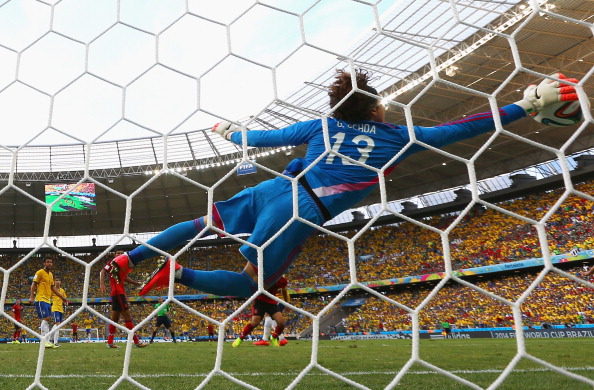 His contract with relegated French side Ajaccio is up and he is obviously now a target for papers and clubs. Monaco are linked too and the player himself would rather remain in France so basically, what we're hearing is that he won't be heading to Arsenal or Liverpool. 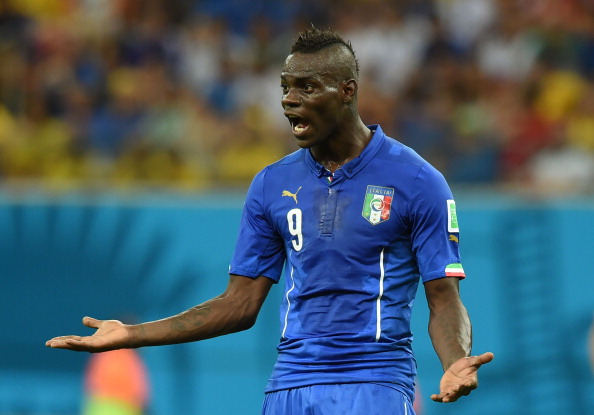 Everyone in the world knows Arsenal could do with a decent striker. No surprise then to see them linked with a move for Italian nutcase Mario Balotelli (pic above) in the Daily Mail. The former Manchester City striker's agent Mino Raiola told Sky Sports "Arsenal are a fantastic club. Will a transfer happen? Anything is possible." Anything is possible? Iran to win the World Cup? See? His theory is dead in the water already. 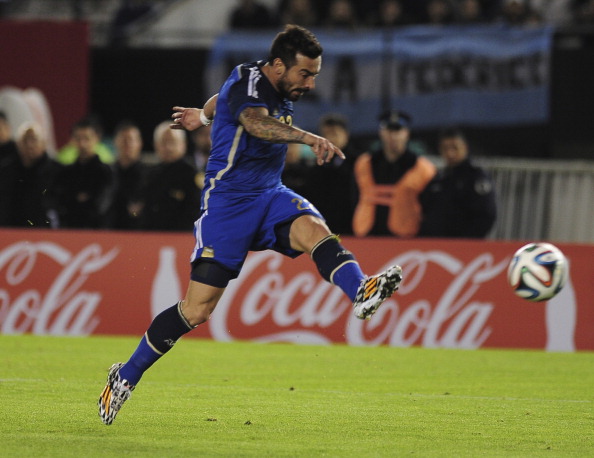 Arsene Wenger, however, has his steely glare fixed on another striker. According to the Sun, he has made Ezequiel Lavezzi (pic above), heir to the coffee empire, his number one transfer target. The Argentine striker, known affectionately as 'The Chubby One' is available for £15m worth of coffee pods.

Real Madrid have told Sami Khedira (pic below) that he's a pile of pants and this has alerted new Manchester United boss, Louis van Gaal. The Daily Express are saying that the German midfielder will be the subject of a £20m bid from the Old Trafford club. However, he's German and has been linked with United. Therefore, signing a new contract with Real Madrid must be imminent. 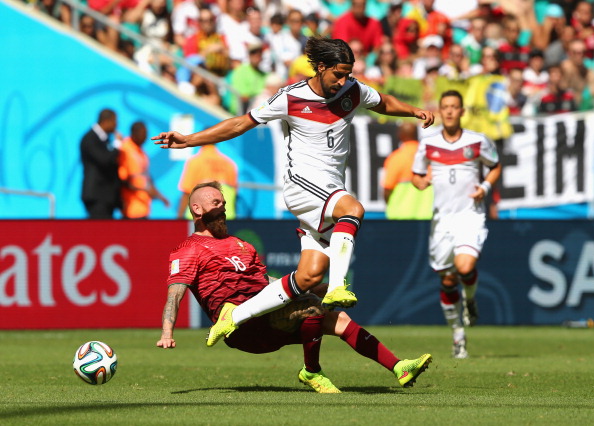 The Daily Star report that French midfielder, Yann M'Vila (pic below) from Rubin Kazan is set to reject both Arsenal and Liverpool in favour of a move to Inter Milan. He has failed to settle in Russia since moving in January 2013 as he thought he was going somewhere warm. Rubin Kazan, of course, is the Russian for brass monkeys and M'Vila is fed up wearing socks to bed and wants the move to Italy in a £12.5m deal. 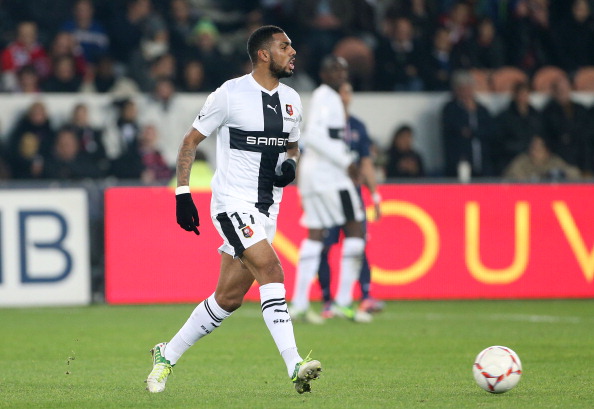 Barcelona winger, Christian Tello, according to the Sun, is on his way to Goodison in another loan deal. It had been reported that Tello would stay at Camp Nou this season, but, that was last week and we've got papers to sell, so we reckon he will go on loan. No doubt, tomorrow he will be staying and the next day leaving and so on and so forth.... Christian Yoyo! 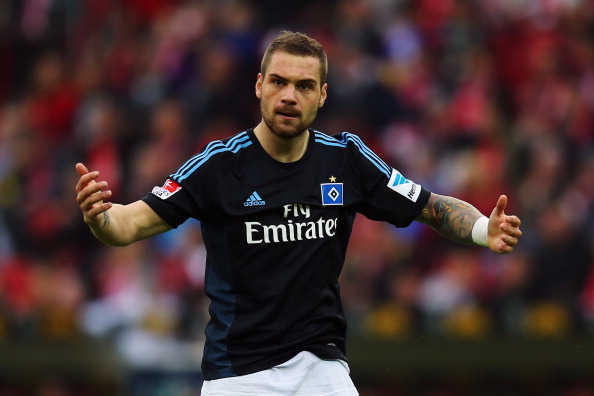 Finally, the Newcastle Chronicle are reporting that Pierre-Michel Lasogga, the German striker from Hamburg is the subject of interest from Alan Pardew at Newcastle United. Lasogga has expressed an ambition to play in the Premier League, but we're pretty sure he'll change his mind when he hears that Pardew is offering him the chance to fulfil that ambition. In fact we're thinking that the only reason Pardew is interested is because the player sounds as if he comes from France. He is, however, a German and when Pardew finds out, woe betide anyone within head-butting distance.

We're off to listen to Leo Sayer.

House of Rugby Ireland · Munster can't beat Leinster, Six Nations squad and John Cooney interview
popular
Holly Willoughby criticises influencer for travelling to Dubai during pandemic
QUIZ: Can you name all of these countries just from one of their cities?
Vials of Covid vaccine in Louth and Meath area dumped as they weren't stored properly
Status Yellow rain warning issued for 12 counties
Here are the best movies on TV tonight
New Zealand set to close its borders for the entirety of 2021
Leo Varadkar says if Ireland introduced mandatory hotel quarantine, it would have to do so for a year
You may also like
2 months ago
Marcus Rashford launches book club to help kids experience 'escapism' of reading
3 months ago
Paul Pogba releases powerful statement in response to 'fake news' from The Sun
3 months ago
The JOE Pub Quiz: Week 214
4 months ago
Harry Maguire gives his version of events in Mykonos in TV interview
5 months ago
Twitter delete their own tweet after Manchester United complaint
5 months ago
Jesse Lingard: Everything I eat on a match day
Next Page