Transfer Talk: Vidal says no to United, Mangala’s on his way to City and Jose and Didier, together again

Every summer, without fail, there’s one transfer saga that takes over the back pages of all the papers for the best part of a couple of months and this year, it’s been Manchester United’s pursuit of Chilean midfielder Arturo Vidal.

It appears as if that saga is over, however, after quotes attributed to Vidal in the Italian press appear to suggest that he has no intention of hanging around the north-west of England for the next few years.

'I’ll talk to Allegri on Monday and then we will see,” Vidal is alleged to have said.

“I haven’t spoken with Allegri or any of my team-mates yet, but I’m not going to Manchester.”

When you’ve grown up in Santiago and spent the last few years in Turin, Manchester is probably a step down alright so it looks like Louis van Gaal will have to turn his attentions elsewhere to try and fill the void in United’s central midfield. Is Scott ‘turn as quick as an articulated truck’ Parker available by any chance? 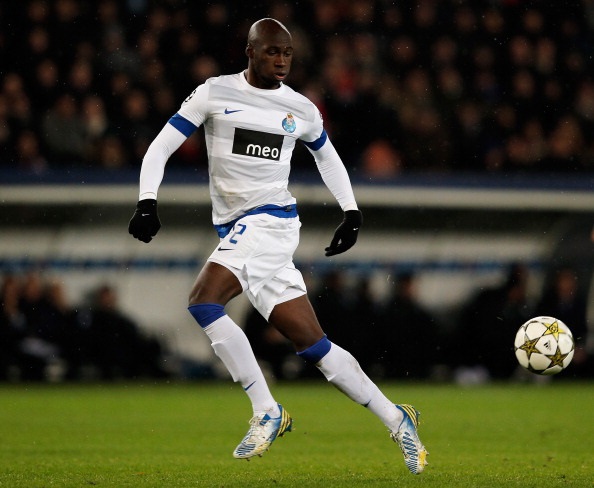 One man who is going to Manchester, it seems, is French international defender Eliaquim Mangala (pic above), but to City and not United.

Like United and Vidal, City have been linked with the Porto man for yonks and they gave the game away with a behind the scenes video on their club website of Mangala going through the process of signing for the club, only to subsequently take it down because it hadn’t been made official. When it is made official, Mangala will cost Manuel Pellegrini’s men in and around the £30million mark, or about 150 times the amount lost by their city rivals after an embarrassing error on the club’s website yesterday.

Down in London, meanwhile, Jose Mourinho may have said that Chelsea’s business was done for the summer after the Blues raided La Liga for Diego Costa, Cesc Fabregas and Felipe Luis, but much like a man with a sweet tooth can’t resist a Chocolate Digestive after dinner, Jose simply can’t say no to Didier Drogba and what had seemed like a very unlikely reunion is very much on the cards according to The Sun and The Daily Mirror. 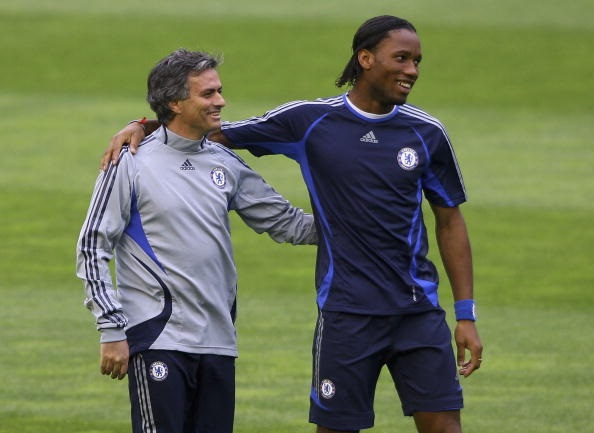 You might remember The Special One making a jibe about the age of Samuel Eto’o last season, so no doubt he’ll have the cane, pipe and rocking chair ready for a man three years his senior if and when he rocks up at Stamford Bridge once again.

In other news, according to The Times, Atletico Madrid are apparently readying a bid for Javier Hernandez from Manchester United, who in turn are trying to secure the services of the brilliantly named Memphis Depay from PSV Eindhoven, or so say the Metro at least.

Having watched his goalkeeping heroics during Spain’s disastrous World Cup campaign, Arsenal want to take Iker Casillas off Real Madrid’s hands according to the Express, while Vlad Chiriches is off to Roma (Mirror), Ron Vlaar won’t be let move to Spurs (Mirror) and Celtic defender Virgil van Dijk wants to join his fellow Dutchman Ronald Koeman at Southampton (you guessed it, the Mirror again).

We’re off to book a holiday to Manchester. Arturo Vidal tells us it’s lovely this time of year, but not from September to May when it really matters…

popular
Landscapers is the ultimate true-crime murder mystery show
Carlow woman banned from keeping animals for life after starving dogs to death
Government advising schools and third level institutions to close in counties with orange or red weather warnings ahead of Storm Barra
Man dies after being attacked by newly calved cow in Mayo
"Danger to life" risk with Storm Barra "weather bomb", warns Met Éireann
Daniel Craig's best pre-James Bond film is among the movies on TV tonight
An underseen Keanu Reeves adventure is among the movies on TV tonight
You may also like
6 months ago
COMPETITION: WIN a copy of Eric Cantona's new Manchester United documentary, The United Way, on DVD
7 months ago
Manchester United documentary written by Eric Cantona available to watch at home in Ireland this May
1 year ago
Marcus Rashford launches book club to help kids experience 'escapism' of reading
1 year ago
Paul Pogba releases powerful statement in response to 'fake news' from The Sun
1 year ago
The JOE Pub Quiz: Week 214
1 year ago
Harry Maguire gives his version of events in Mykonos in TV interview
Next Page