Transfer Talk: Vidal to United, Drogba to Chelsea and Ospina to Arsenal

Now that the World Cup is over, expect these rumours to escalate very quickly.

Manchester United seem hell-bent on signing Arturo Vidal from Juventus. The brilliant Chilean midfielder has done little to quell the speculation when being interviewed on Chilean television. When asked about the rumours, he said “I've heard about the rumours, but I haven't spoken more about this subject. I'm enjoying my holidays, and when I return to Italy I'll see what happens. I'm very calm, but anyone would love to play for one of the biggest clubs in the world.”

Needless to say, Juventus fans around the world were saying "Eh..excuse me Arturo, but you're already with a big club." 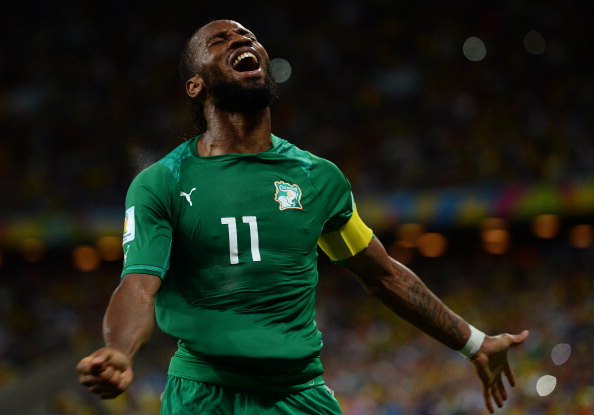 Didier Drogba (pic above), who is now 62 and playing for Galatasaray is being linked with a fairytale return to Stamford Bridge. The big striker who held cult status at Chelsea is wanted back at the club as a reserve striker and a coach.

He'd be expected to show Diego Costa how to be a rough and tough striker in the Premier League and he can also work on his diving technique. The Daily Mail report that Mourinho is keen to bring him in as he has lost the services of Samuel Eto'o, while Lukaku and Ba are expected to be leaving. 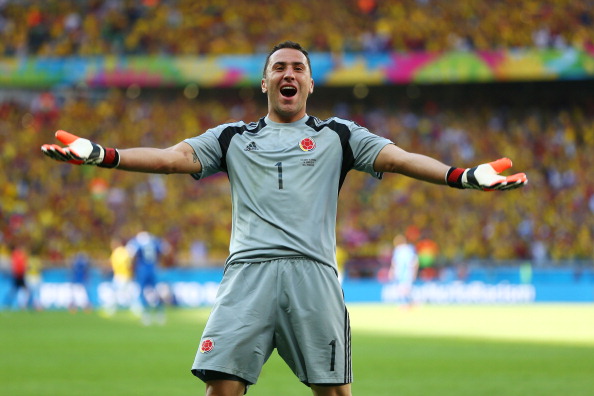 The Daily Mirror are telling us that Arsene Wenger is losing the run of himself. Pilloried by Arsenal fans over the years for not flashing the cash, he is now on his way to Nice with £3m demanding the signature of Colombian goalkeeper, David Ospina (pic above).

Wenger, having signed Alexis Sanchez has realised that spending money can actually improve your team. Ospina has only a year left on his contract with the French club and has apparently already agreed personal terms with Arsenal. 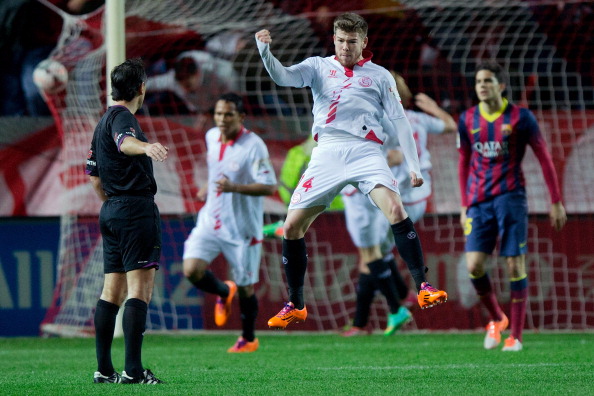 Sevilla full-back Alberto Moreno (pic above) has once again been linked with a move to Liverpool according to the Daily Express. The Spaniard has been on the Merseysiders's radar for a long time now and Brendan Rodgers is ready to splash £18m on the defender.

Meanwhile, another Spaniard at the club, Iago Aspas is heading in the opposite direction and will join Sevilla on a season-long loan according to the Liverpool Echo, echo, echo, echo. Aspas, who has been decidedly rubbish since signing from Celta Vigo last season will be hoping to re-ignite his career in La Liga. 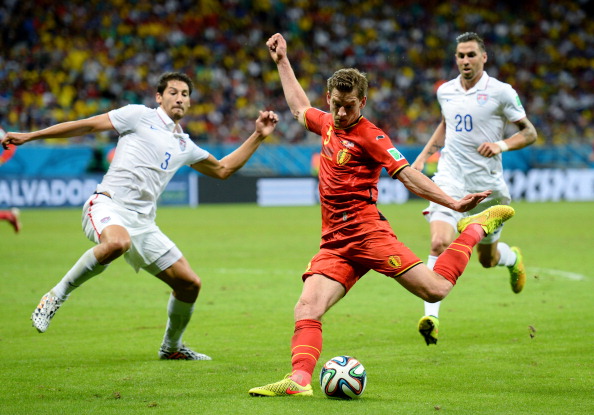 Tottenham's Belgian defender Jan Vertonghen (pic above) could be on his way out of White Hart Lane if you believe the London Evening Standard. Barcelona are said to be preparing a £17.5m bid for him and his agent is trying to remain coy, but you just know he's excited. When pressed about his client, he said  “Several teams are interested in Jan. I cannot confirm or deny whether Barcelona are one of them. Tottenham is not a small club. It’s too soon to give them an answer. Several clubs have registered their interest in Jan. We’ll see.” None of the journalists mentioned Barcelona, so make what you will of that.

We're off to sell stuff to Arsene Wenger.