The transfer talk today is as crazy as ever and here we try to decipher it in layman's terms.

The Daily Star kick things off with a report that Yaya Toure has spurned the advances of Manchester United. Toure, who is apparently hell-bent on leaving Manchester, noticed that Manchester United were from Manchester and managed to avoid signing for them just in the nick of time.

He wants to quit the Premier League and fancies a move to PSG. United were stood outside his house trying to look foreign and holding a cheque worth £40m, but alas, it was all in vain. 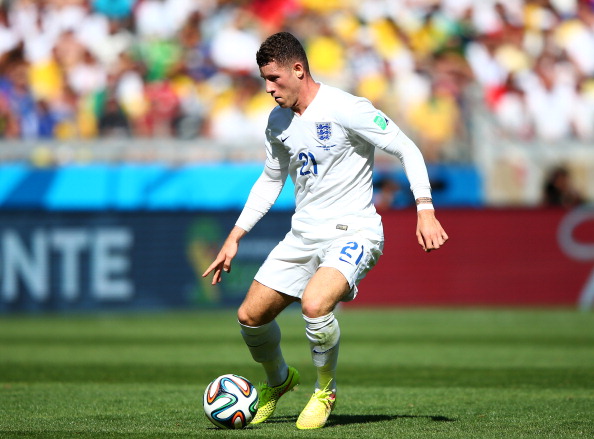 City, who are obviously preparing for the inevitable exit of Yaya Toure, have earmarked Ross Barkley (pic above) as his replacement. The Daily Mail have reported that City have gone straight to his house and actually marked his ear with permanent marker. Barkley was said to be a bit peeved, but realises this is all part of the transfer window shenanigans where basically anything goes.

Okay, he's maybe not been quite as obvious as that, but he wasn't shy about having his pic taken with his girlfriend in front of an Arsenal logo in a Puma shop. His girlfriend Fanny Neguesha (must... not... crack... juvenile... joke) posted the picture below on Instagram sending the rumour mill into a complete and utter frenzy.

The Daily Express report on a double swoop by Crystal Palace with news of them signing Frazier Campbell from Cardiff City and Gylfi Sigurdsson from Spurs. Fees have been agreed for both players and now they have to agree personal terms. A fee of £8m has been negotiated for Sigurdsson and Palace activated Campbell's tiny £600,000 clause. 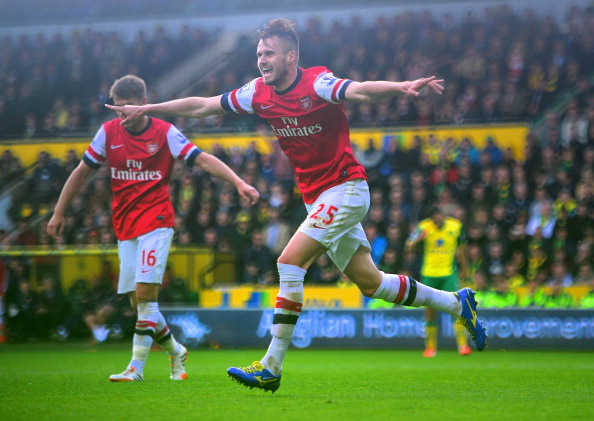 The Sun say that West Ham have placed a £5m bid for Arsenal's Carl Jenkinson (pic above). The Arsenal full-back, who no Arsenal fan seems to truly believe in, has done enough to impress Sam Allardyce and a bid is said to be imminent. The arrival of Mathieu Debuchy has pushed Jenkinson down the pecking order at the Emirates and he might fancy sitting on the West Ham bench for a change of scenery. 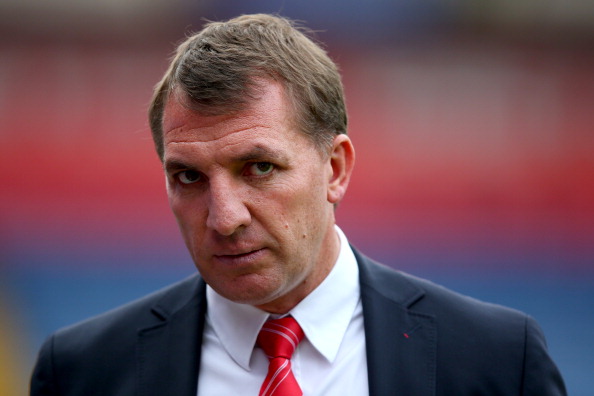 The Liverpool Echo, echo, echo, echo report that Brendan Rodgers has gone spending crazy and is determined to push Liverpool through the £100m barrier for the first time ever. The Liam Neeson voice double has already spent £57million on Rickie Lambert, Emre Can, Adam Lallana and Lazar Markovic but he is far from finished.

He has now ordered the new iPhone 6 for all the squad and is planning on making a movie with Liam Neeson starring as Brendan Rodgers called 'Taken: Merseyside edition'. It's a story about one manager's obsession to find the club who lured his best player away after an incident during the World Cup. "I don't know who you are, but I will find you and when I find you, I will offer a substantial amount of money in order to win you back. Love you!"...allegedly.

We're off to audition for Brendan Rodgers' new movie.