Video: Gary Neville and Jamie Carragher add their voices to the Scholes/Gerrard/Lampard debate

It is a debate that has been had often by fans of the respective clubs and on MNF last night, Gary Neville and Jamie Carragher discussed the merits of the three outstanding English midfielders of their generation.

It’s early days yet, but the double act between Gary Neville and Jamie Carragher on Monday Night Football is already becoming essential viewing for football fans.

As they showed again last night and with a brilliant exchange about a burglar a few weeks back, they can be funny when they want to be but when they engage in serious debate about football matters they display an insight rarely seen in football punditry, on British television at least.

Last night, a question posed by a MNF viewer about the relative merits of Paul Scholes, Steven Gerrard and Frank Lampard – all of whom have played with Neville and Carragher, whose allegiance to the former pair is stronger for obvious reasons – sparked a very interesting debate indeed.

Although the debate was very nuanced and detailed, Carragher essentially picked up on points he made in a column he wrote for the Daily Mail at the weekend arguing that Lampard and Gerrard were more effective than Scholes because they scored goals that affected big games.

Neville, as you would expect from a man who played with Scholes for so long, stuck up for Scholes because of his ability to dictate and to control the tempo of matches and referred to his former team-mate as ‘the best player he ever played with’.

These debates frequently go down tribal lines and a fan’s opinion is obviously biased by the team they support, but it is interesting to hear the thoughts of Neville and Carragher on the matter, particularly because they played with all three and were very close to two of them in particular.

That said, Neville looked particularly perplexed when Carragher was having his say; he's obviously been picking up a few tips from Phil Jones in the facial expression department. 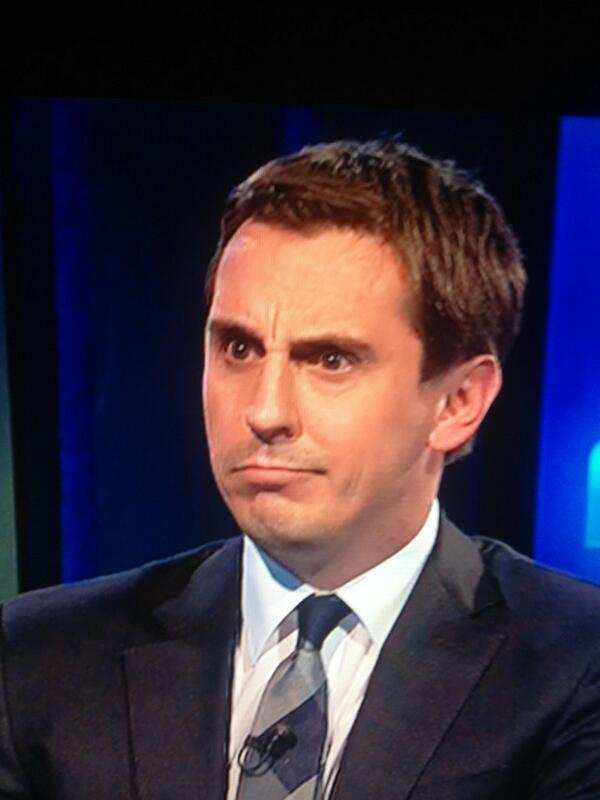 More of this sort of stuff for the rest of the season lads.

The Big Reviewski || JOE · TBR Spotlight: Loki - Episode Two - 'The Variant'
popular
The JOE Friday Pub Quiz: Week 248
QUIZ: Can you name all these European countries from a list of cities?
QUIZ: Can you get full marks in this potentially very frustrating general knowledge quiz?
Matt Damon planning return trip to Ireland to travel around the country
Three men arrested after reportedly attacking staff of premises on South William Street
393 new cases of Covid-19 have been reported in Ireland
The 50 most iconic songs of all time* have been revealed
You may also like
2 years ago
The Football Spin on the real problem with Ireland and Declan Rice, while John Wick provides a clue for Steven Gerrard
3 years ago
Steven Gerrard has been appointed the new Rangers manager
4 years ago
WATCH: Steven Gerrard's surprise visit to a very ill Liverpool fan will warm your heart
4 years ago
Steven Gerrard says it was a "pleasure to play alongside" Irish legend Robbie Keane
4 years ago
VIDEO: Robbie Keane and Steven Gerrard vs. 30 eight-year-old kids
5 years ago
PIC: Steven Gerrard's good luck message for Fernando Torres ahead of the Champions League final is great
Next Page