Video: Remember the one Croatian fan in Brazil looking miserable while everyone celebrated around him? Yeah, he’s from Galway

We're not even in the tournament yet Irish fans are still stealing the show at the World Cup.

A couple of days ago, a video went around the world of one poor unfortunate Croatian fan in Brazil watching the opening game of the World Cup in an open-air setting amongst thousands of Brazilian fans and raging at the decision to award a penalty for a nothing foul on Fred that turned the game in the hosts’ favour.

While everyone else delighted at the decision and prepared to celebrate as Neymar stepped up to take the spot-kick, the Croatian fan was caught on camera making gestures about diving and the need for the ref to open his eyes and shouting despairingly about the injustice of it all.

The video appeared on numerous well-known websites worldwide (Deadspin and Bleacher Report to name two) and it has garnered almost 400,000 views (at the time of writing) on YouTube in two days. As it turns out, the star of the show is not Croatian, but is an Irishman by the name of Niall Murphy from County Galway.

JOE reader Joe Campbell alerted us to the true Irish identity of the Croatian fan in question and was able to provide us with this photo of Niall celebrating on Friday, presumably after Croatia had taken the lead thanks to a Marcelo own goal. 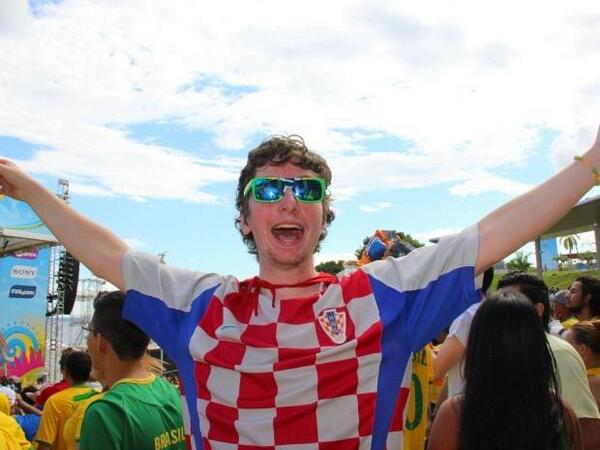 Even when we’re not in a tournament, we still manage to hog the attention and fair play to Niall for providing us with the best story about an Irish fan and a Croatian jersey since this… *Warning, slightly NSFW* 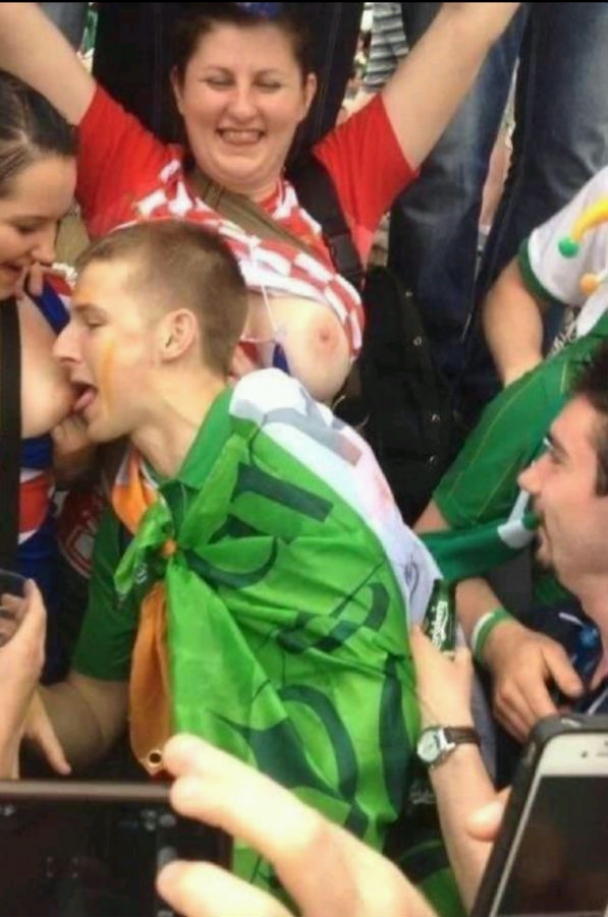 popular
Amazon Prime Video has quietly added 18 big releases to its library
Here's where all the 149 tickets that won €36,687 in Saturday's Lotto were sold
Man arrested on suspicion of the murder of Ashling Murphy
Euphoria fans delighted after learning Fezco's Irish connection
Confirmation on lifting of restrictions for pubs and events expected this week
A much-loved Matt Damon sci-fi is among the movies on TV tonight
Leo Varadkar wants to set March date as deadline to end "almost all" legal Covid restrictions
You may also like
11 hours ago
Over 90,000 dwellings in Ireland are vacant
1 month ago
Man in his 70s dies following two vehicle collision in Galway
1 month ago
Gardaí warning people not to make unnecessary journeys in anticipation of Storm Barra
1 month ago
Met Éireann issues Orange weather warnings for five counties ahead of Storm Barra
1 month ago
Vodafone launches same-day repair for smartphones in Dublin, Cork, and Galway
1 month ago
Eight arrested following brawl in Galway cemetery
Next Page