Last night, France and Sweden contested the second leg of a play-off to decide who would progress to the Euro 2015 under-21 tournament next summer and with France leading 2-0 from the first leg, they were hot favourites to finish the job and go through.

Sweden, however, had other ideas and took a 3-0 lead with only 20 minutes to go, a scoreline that looked as if it was going to put them through until Kurzawa netted for France with four minutes left to put them back in the driving seat on away goals.

Thinking that his goal was going to finally settle matters, Kurzawa approached John Guidetti (on loan at Celtic from Manchester City) and delivered a gesture that quite clearly implied ‘see you later’ with Sweden seemingly going out of the competition and France going through. 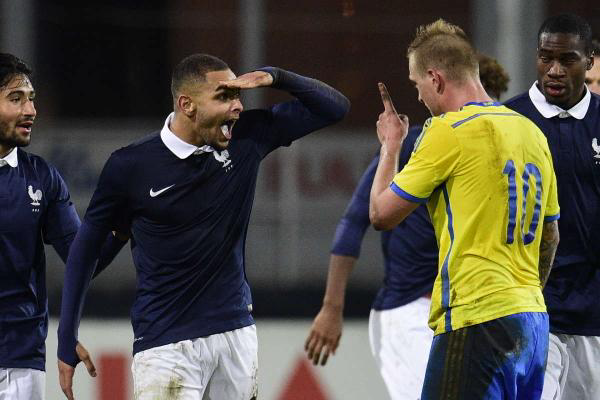 It took only two minutes for Kurzawa to get his comeuppance, however, as Oscar Lewicki struck a late effort to hand the initiative back to Sweden and when the final whistle blew and guaranteed their progression to next summer’s tournament, they weren’t about to pass up the chance to rub it in Kurzawa's face. 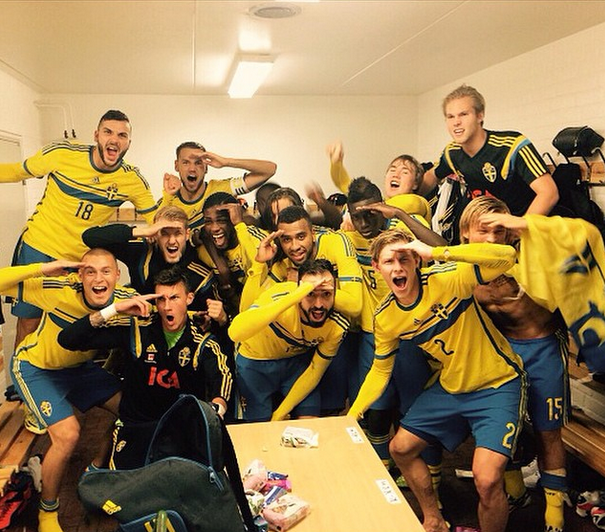 The Big Reviewski || JOE · The Big Reviewski with Dune, a mini-Hangover reunion & the best of Timothée Chalamet
popular
Report: Crew left Alec Baldwin film set in protest before fatal shooting
The JOE Friday Pub Quiz: Week 266
PICS: The man with the biggest penis in the world has one unbelievable problem with it
Dublin museum voted Europe’s leading visitor experience... again
The JOE Music Quiz: Week 78
The 50 most iconic songs of all time* have been revealed
WATCH: Massive queues in Dublin as nightclubs finally reopen
You may also like
1 week ago
France to ban plastic packaging for fruit and vegetables from January 2022
1 month ago
Marks & Spencer to pull 800 lines from Irish stores
3 months ago
France to outlaw shredding and gassing of male chicks by 2022
4 months ago
Irish woman tragically drowns in the south of France
10 months ago
“Hugely exciting” new ferry route from Rosslare to Dunkirk to begin in January
11 months ago
Paul Pogba releases powerful statement in response to 'fake news' from The Sun
Next Page