A game that was never going to be overly exciting proved to be hugely dull, but keeping mind that both sets of players were looking to avoid injury before the season, we had a look through the ranks at how the lads did.

Keiren Westwood: 5
He didn't have too much to do in the first half at all, given the fact that neither team was pushing too hard for the win. Made a good save from a Craig Bellamy free, which was the most action he saw all night. Could have dealt better with the high ball and the set piece however.

John O'Shea: 7
Came off on the hour mark, having not had a huge amount to do in the first half as Ireland dominated the early possession. While he was on however, he played well, and organised the defence very solidly around him. Was captain before coming off.

Ciaran Clark: 6
The defence had an easy ride for the opening half hour, but Wales seemed to wake up later in the game. Still, as a unit they very rarely looked to be caught out, and displayed some good discipline to keep Wales out of the box.

Marc Wilson: 6
Well organised at the back without doing anything particularly spectacular. Ventured forward a little bit to support the attack, but as the first half wore on Ireland's grip on the game slipped and he was called on more often. Never looked in any real trouble it must be said. 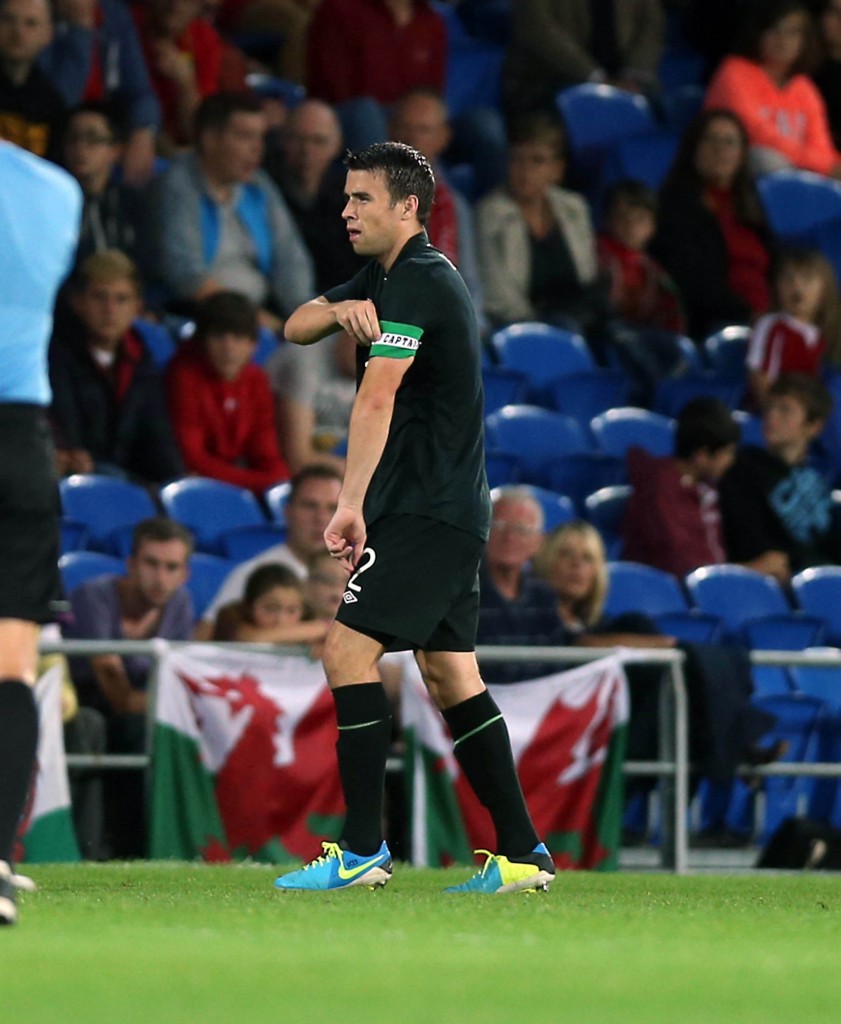 Always looking to attack and push the team on, he showed great energy down the flanks. Towards the end he had a lovely bit of play that saw him keep the ball and dance past three Welsh players. As with most of the others, was not looking to do too much before the opening weekend of the season. Was given the captaincy right at the end.

James McCarthy: 5
Early on the team looked to control possession and we thought this game would suit him, but McCarthy, Whelan and Hoolahan all seemed to drift out of the game as the first half wore on. Trapattoni will be looking for more from the Wigan man, who needs to start imposing himself much more on fixtures at the international grade if he wants to step up another level, which he has showed signs that he's capable of doing.

Glenn Whelan: 6
Hard to remember Whelan getting up to too much, played the odd decent pass and did look to keep the ball on the ground. In his position in a game like this there was never going to be a huge amount of work to do. Didn't do any=thing wrong, while not doing anything spectacular either.

Wes Hoolahan: 4
He did find some good space at times, but the final ball was quite poor on a few occasions. He will be disappointed that he didn't impose himself on this game as he has in other friendlies, and was replaced by Paddy Madden before the 70 minute mark without having made any real contribution.

Robbie Brady: 7
Surprising that he was taken off at the half, having come closest to scoring for the Irish side in the first period. Created space for himself decently and was solid, probably Ireland's most exciting player of the first half. 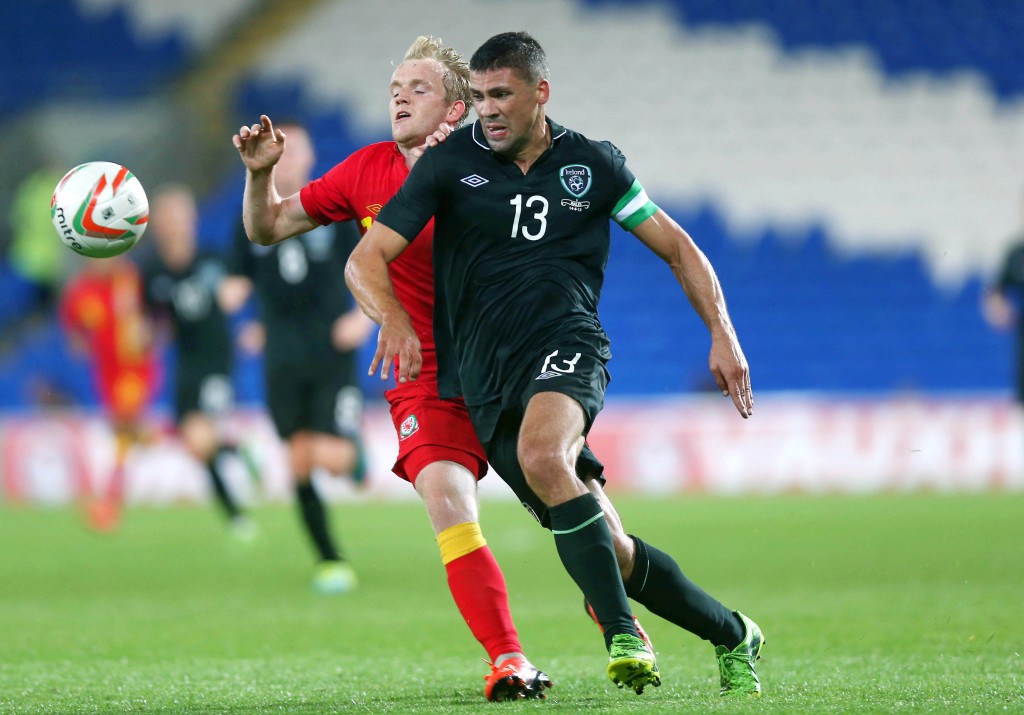 Worked hard and went about his job well in a position that probably isn't his best. He facilitated the play of those around him well, and was doing his best to create chances from the first minute to the 85th, when he was subbed off for Conor Sammon, before which he'd had a brief stint as captain.

Shane Long: 7
He showed flashes of him being a step above many of the opposition, and was unlucky to be denied by a great save from Boaz Myhill. Had this game been a competitive fixture, he might well have pushed that little bit harder to get the win, but with it being so close to the start of the season, we get the feeling he was keeping something in reserve. Was given the armband when O'Shea made way. 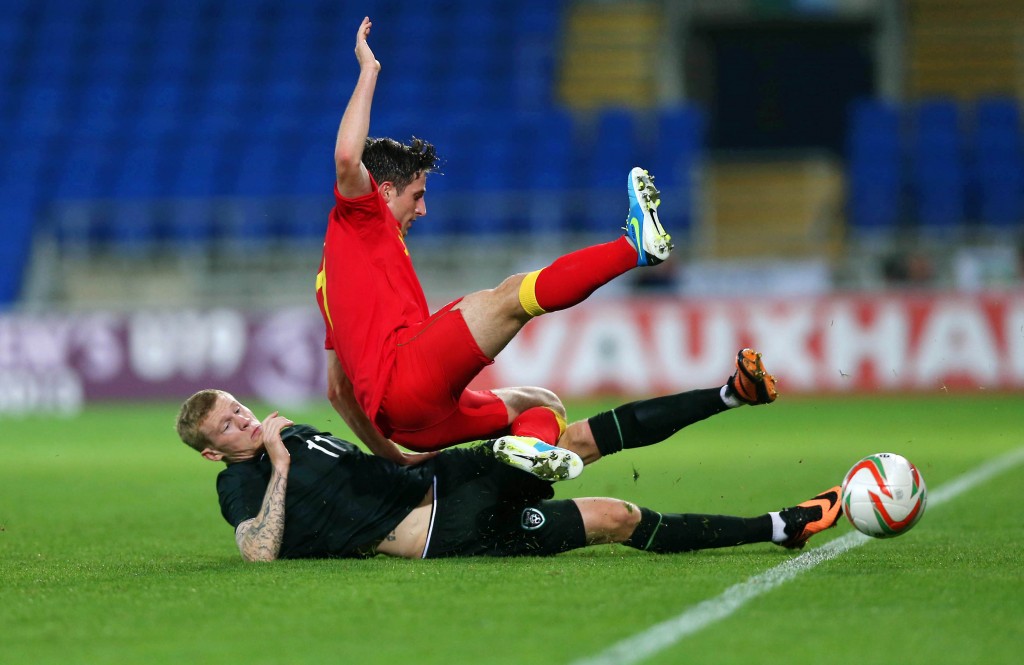 James McClean: 6
Didn't do a huge amount when he came, but got the ball down, attacked his man, and did his tracking duties pretty well. Pretty much what you expect from him at this stage, he perhaps needs a bit more unpredictability to his game. Was denied a probable goal by a heroic donation from Ashley Williams.

Paddy Madden: 7
A proud occasion for the former Bohs man, who made his debut for the national side tonight. Made a decent impact and forced a couple of good saves from Boaz Myhill that injected a bit of pace into the closing moments of the game. Had another good chance before the end, but thrashed at it a bit. Was eager to get involved and play however, and showed positive signs on his debut.

Darren O'Dea: 5
Came on for John O'Shea, but as what was a hugely uneventful game died out towards the end with players tiring he really didn't have a lot to do at all. 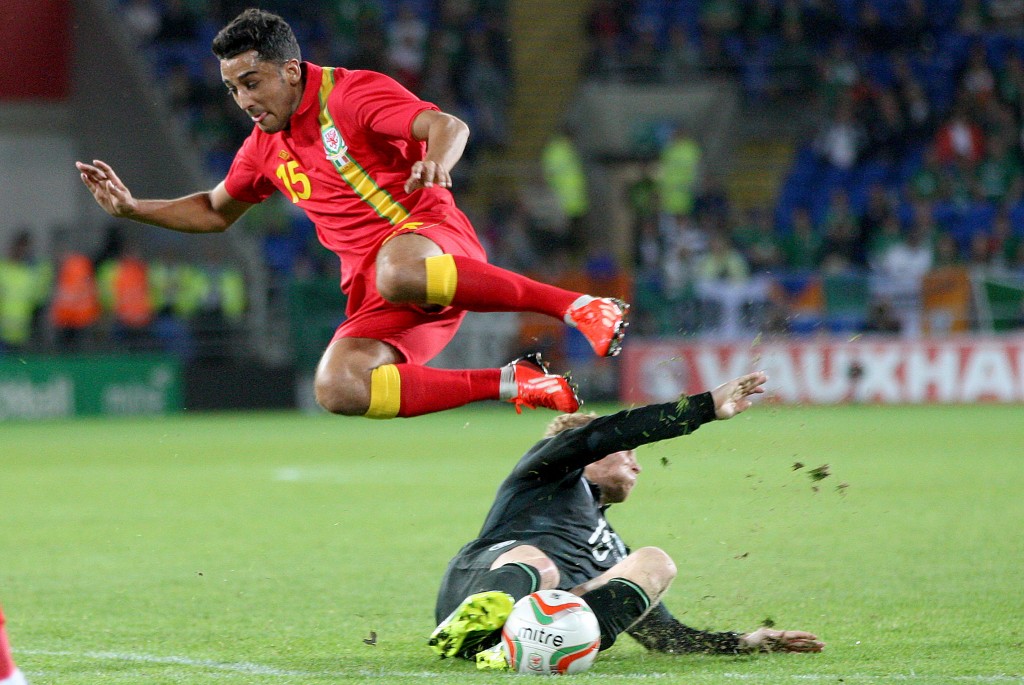 Came on in place of Whelan, and was pretty competent in midfield. With the job he was assigned, he was never going to grab any headlines, but made a great sliding tackle on the 85th minute to deny Wales a good shooting opportunity.

Conor Sammon
Not on for long enough to be given a score.

Andy Keogh
Came on for Long just before the 75 minute mark for a brief cameo, but wasn't involved enough to give him a rating.

Giovanni Trapattoni: 7
Overall his team had the better of the chances, and the original set up was one that we liked. He seems to have seen the value in Hoolahan (who didn't have his best game), but perhaps hasn't made best use of Jonathan Walters in tonight's line up. Made some substitutions which were a crew of the usual suspects, but it was good to see a debutant get the nod. We cant really blame him for the fact that the game was dull, it was a friendly that, as Chris Coleman noted afterwards, no one really wanted given its proximity to the season.

popular
Jordan Peterson suspended from Twitter over Elliot Page comment, says he won't apologise
County where winning Lotto jackpot ticket worth over €5.5 million was sold confirmed
Gardener and broadcaster Dermot O'Neill has died aged 58
The JOE Friday Pub Quiz: Week 301
Landlords must give longer eviction notice periods under newly passed legislation
QUIZ: How well do you know your Irish history?
QUIZ: Can you get 100% in JOE's great big halfway through 2022 quiz?
You may also like
1 month ago
The JOE Friday Pub Quiz: Week 295
2 years ago
Former Wales and Lions wing Gareth Thomas reveals he has HIV
3 years ago
WATCH: Virgin Media One's promo for Ireland v Wales features Trump, Brexit, and Mike Tyson
3 years ago
UK planning to build a new nuclear power plant directly across the sea from South Dublin
3 years ago
The Football Spin featuring Martin O’Neill finding positives as Ireland bounce back with another defeat to Wales
3 years ago
The exasperated reaction to Ireland's humbling defeat to Wales
Next Page