We're going to be able to fly blimps in GTA V

If, like us, you've been eagerly anticipating the latest release in the Grand Theft Auto series, this news will make you even more excited, if that's even possible.

We've seen blimps before in Grand Theft Auto Vice City, but we haven't been able to fly them before...until now that is. Grand Theft Auto V will see us able to get up into the blimp and pilot our way across the skies.

There seems like there will be a few other vehicles in the game that we can fly, including stunt planes, and we'll also be able to scuba dive. 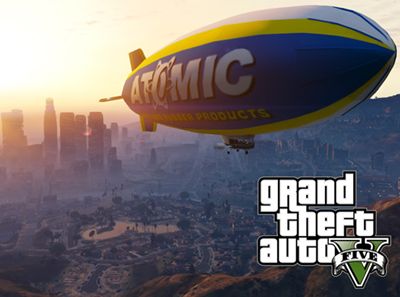 Those of us who pre-order the game will get access to the blimp and stunt-planes, and the special collectors pre-order edition also gives each of your characters a boost to their special ability (we haven't heard yet what those abilities will be), as well as a few extra weapons in the Ammu-Nation gun stores.

We're pretty sure that we aren't going to get anything productive done once this game eventually comes out anyway, especially if we can fly a bloody blimp. Click on the pic to check out all the goodies in the Special Edition. 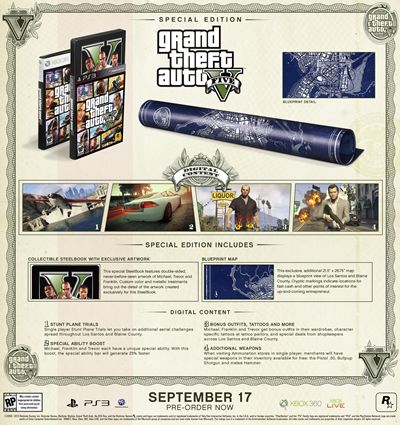 popular
That Nic Cage film everyone is talking about is finally available to watch at home
Location of winning Lotto jackpot ticket worth €19.06 million confirmed
The new film from the creators of South Park is going to get some big reactions
The JOE Movie Quiz: Week 137
Put the pedal to the metal with this General Knowledge Quiz
One of Ryan Gosling's best performances is among the movies on TV tonight
Novak Djokovic speaks out after losing visa battle in Australia
You may also like
5 years ago
WATCH: This video showing 'hand-rolled ice cream' in Dublin is mesmerising
5 years ago
There's a new app that helps people find any food, drink or product they're looking for, locally
5 years ago
5 reasons why your business should 'pop-up' at one of Dublin's busiest stations
5 years ago
JOE BUSINESS: 3 great reasons you should pop-up in Dun Laoghaire this summer
5 years ago
This new app will help you keep track of the Luas strikes
5 years ago
TWEETS: Mixed reaction as Joan Burton steps down as leader of the Labour party
Next Page