What exactly did Javier Hernandez mean with this cryptic Instagram message?

Javier Hernandez fuels speculation of trouble in the Manchester United camp with cryptic Instagram message. The cheek of Chico!

Manchester United’s season goes from bad to worse. Somehow, they managed to snatch a draw from the jaws of victory yesterday at home against bottom side Fulham. Yes, they crossed the ball an unprecedented 8,689,582 times, but only twice did they find anyone in a red shirt. Fulham parked the bus and for a long time, it looked like their plan was going to give them the win. However, goals in quick succession from Van Persie and Michael Carrick looked like giving them the 3 points only for Darren Bent to equalise for Fulham deep into injury time. Boos rained down as the final whistle blew and Moyes wore the haunted look of a man who is starting to realise the enormity of the job he has taken

The conspiracy theorists have told us that there is unrest in the camp. Van Persie is said to be disillusioned with Moyes and wants out at the end of the season. Last night, these rumours of unrest were given some traction when Javier Hernandez rather cryptically said this on Instagram :

“The time to speak about so many things will come” 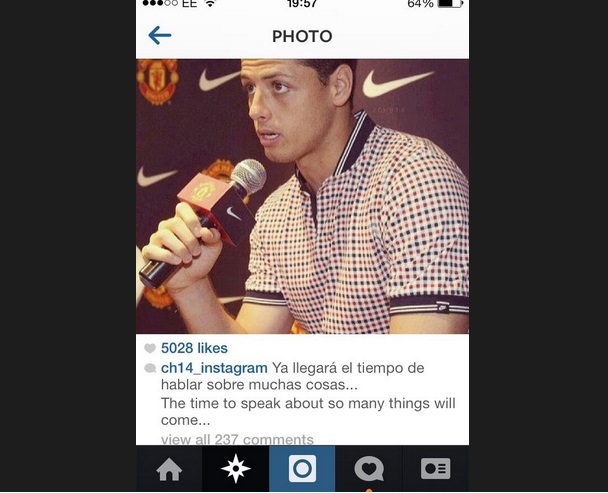 Is this the first sign of public dissent amongst some of the squad? Only recently, Hernandez’s agent was quick to quell rumours of a move for his client, saying that Chicharito would stay and fight for his place. This, however, seems to suggest otherwise. Hernandez will always be behind Rooney and Van Persie when both are fit, so he must be getting frustrated at his lack of opportunities. Whatever the reason behind the message, it’s not going to help Moyes and the growing feeling that this job is just too big for him

popular
Woman killed in Clare crash named as Peggy Twomey, mother of Marty Morrissey
Amazon Prime Video has quietly added 8 big new movies to its library
These are the most generous counties in Ireland, according to GoFundMe
Man in his 70s dies following two vehicle collision in Galway
Every child in Direct Provision will get a Christmas present this year following fundraiser
Schools and third level institutions to remain closed in counties affected by orange or red weather warnings
A fun action flick with Nicolas Cage is among the movies on TV tonight
You may also like
6 months ago
COMPETITION: WIN a copy of Eric Cantona's new Manchester United documentary, The United Way, on DVD
7 months ago
Manchester United documentary written by Eric Cantona available to watch at home in Ireland this May
1 year ago
Marcus Rashford launches book club to help kids experience 'escapism' of reading
1 year ago
Paul Pogba releases powerful statement in response to 'fake news' from The Sun
1 year ago
The JOE Pub Quiz: Week 214
1 year ago
Harry Maguire gives his version of events in Mykonos in TV interview
Next Page