After years in the international wilderness, Colombia are back and ready to make some noise with a volume matched only by Carlos Valderrama's haircut.

Even if Radamel Falcao does make a recovery that would put Lazarus to shame and plays some part in Brazil, there’s no way in hell he’ll be at the peak of his powers; he simply couldn’t be after so long out with such a serious injury.

Step forward Monaco attacker James Rodriguez, the 22-year old, who, you may have forgotten, moved to the Ligue 1 side for over 40 million quid (euros that is) from Porto last summer. 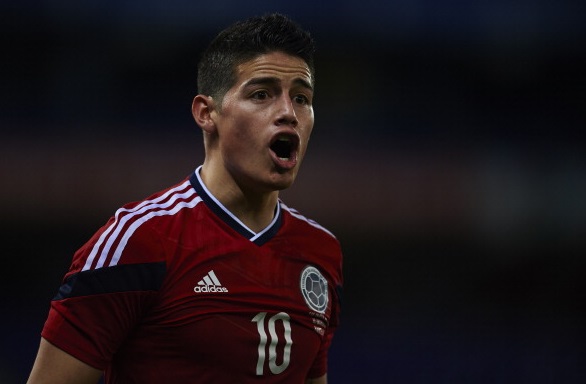 Rodriguez hasn’t exactly been pulling up luxurious palm trees since his move to the south of France, but nine goals in 34 appearances was a solid return for a man whose best days are ahead of him and who is already a darling amongst Colombia supporters.

A very tricky performer who is comfortable on the wing or in the middle, he could be one of the stars of the tournament if he plays to his full potential.

He’s diminutive, left-footed, incredibly skilful, South American, he wears the number ten shirt and he’s been tipped for greatness from an early age. Now, where have we heard that one before? Comparisons with Lionel Messi are premature and Juan Fernando Quintero, like most mere mortals, will probably never scale the heights that the great one has in his career to date, but there’s a lot for Colombian supporters to admire all the same, particularly based on his displays in the FIFA under-20 World Cup last year.

Currently plying his trade with Porto (who seem to have a fondness for tricky Colombian wingers, see Rodriguez, James), Quintero has only made three appearances for the national side so far, but he scored within a minute of making his Porto debut earlier this season so don’t rule out a similarly immediate impact in Brazil next month.

As he’s not likely to be first choice, it probably won’t happen, but if Colombian ‘keeper Faryd Mondragón makes an appearance at the World Cup, he will become the oldest player ever to play in the history of the tournament. 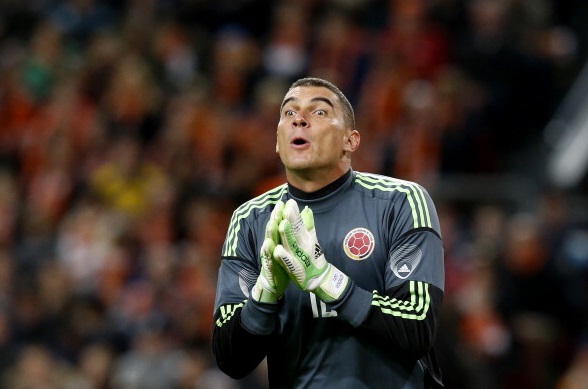 Mondragón, who will turn 43 during the group stages, is the only survivor from the last Colombian team to play in the World Cup, when England nudged them towards a group stage exit at France ’98. The man makes Ryan Giggs look like a mere whippersnapper.

Reasons for Ireland fans to support them

Those of you know who know your history will be aware of a pretty significant connection between Ireland and Colombia, dating back to the time when Irish volunteers fought on the Colombian side as they battled to gain independence from Spain in the early nineteenth century.

There was significant Irish involvement in famous battles such as the Vargas Swamp Battle and the Battle of Boyacá, following which the influential leader Simón Bolívar acknowledged the crucial role of the Irish volunteers. ‘Hon Colombia!

They'd be Dallas. Both were at their peak in the late 80s and early 90s and after a fairly lengthy hiatus, they’re finally making a comeback.

It’s not the easiest group to call, but playing on their own continent with an experienced coach at the helm in José Pékerman and some exciting young players to call upon, we expect Colombia to top the group ahead of a quarter-final exit.

popular
Bus Éireann’s service from Dublin to London will restart this week
Gardaí unveil new Armed Support Unit vehicles to replace older models
Netflix has just added 33 very big movies to its library
The 50 most iconic songs of all time* have been revealed
Video: Nadal collapses during press conference
Gardaí are going global with new roles created in UAE and Bangkok
An action-packed thriller is among the movies on TV tonight
You may also like
7 years ago
Video: It's a year today since the most remarkable game of last year's World Cup
7 years ago
Opinion: The late, great Bill O'Herlihy and what made him such a national treasure
7 years ago
Video: The best showboating from this summer's World Cup in Brazil
7 years ago
Video: The Tralee man with the most famous GAA jersey at the World Cup has made a video recounting his amazing experience
7 years ago
GIFs: FIFA reveal the best goals of the 2014 World Cup
7 years ago
FIFA announce a team of the World Cup based on fan votes and it has a few issues
Next Page