Will there be one last hurrah for the Golden Generation? A lot will depend on a man whose birthday one dare not miss…

Providing he’s not still sulking over his birthday *ahem* ‘snub’ and not too distracted by whoring himself out to PSG, Manchester City midfielder Yaya Toure might just inspire his country to a decent run in Brazil. 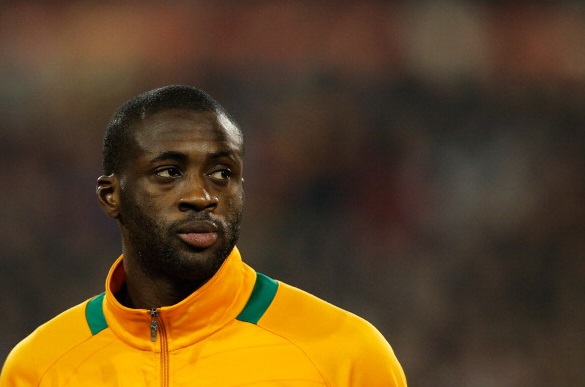 Immense for City when they really needed him towards the end of the season, there are few better central midfielders in the world than Toure when he’s on form and with Didier Zokora and Cheick Tiote likely to provide a defensive shield in midfield, Toure won’t have to worry too much about the defensive duties that occasionally slip his mind when he’s playing in club colours.

Serge Aurier. The 21-year old Toulouse defender has been strongly linked with a move to Arsenal this summer and as a pacey-full-back fond of overlapping and capable of a decent delivery, he would appear to be a perfect replacement for the outgoing Bacary Sagna at the Emirates.

The Elephants (what a nickname by the way) won’t mind too much if they reach the knockout stages and have to contest a penalty shoot-out, having won the two highest-scoring penalty shoot-outs in international football, beating Ghana 11-10 in the African Cup of Nations in 1992 and Cameroon 12-11 in the same tournament in 2006. That’s England goosed if they end up meeting them in the last 16.

Their flag is the Irish flag backwards and such are our strong ties with the Ivory Coast that a few Irish fans were even supporting the Ivory Coast during the Euros two summers ago, even though they’re not even in the same continent… 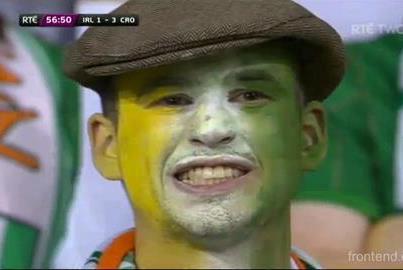 They’d be Sex and the City. They arguably reached their peak a few years back, with an ageing cast of characters striving desperately to return to the glory days but unlikely to do so.

Seeing as they’ve failed to get out of their group in the last two World Cups and they’ve failed to win the most recent editions of the African Nations Cup despite being heavily tipped to do so, there’s an inclination to predict another disappointing campaign for Sabri Lamouchi’s side this time around.

It’s likely to be a fight between themselves and Japan for a place in the knockout stages, which makes the opening clash between the sides in Recife so, so important. We feel that, with the likes of Didier Drogba, Gervinho and Wilfried Bony providing a decent supporting cast, a Yaya Toure-inspired outfit will sneak out of the group. Alas, it is there that their journey will likely come to an end.

House of Rugby Ireland · Ireland's feel-good win, Casey's initiation song, scrapping Sexton and Scott Williams interview
popular
Eoghan McDermott to leave RTÉ after six years (Report)
Sony are giving away a free game to all PS4 and PS5 owners
One man has been charged following Limerick street party, 50 FPNs issued
Turns out one of WandaVision's biggest solved mysteries hasn't actually been solved yet
The 50 most iconic songs of all time* have been revealed
UK holiday firm Pontins used Irish surname blacklist to stop bookings
One of the most fertile men in Ireland is a guest on tonight's Claire Byrne Live
You may also like
5 years ago
Video: It's a year today since the most remarkable game of last year's World Cup
5 years ago
Opinion: The late, great Bill O'Herlihy and what made him such a national treasure
6 years ago
Video: The best showboating from this summer's World Cup in Brazil
6 years ago
Video: The Tralee man with the most famous GAA jersey at the World Cup has made a video recounting his amazing experience
6 years ago
GIFs: FIFA reveal the best goals of the 2014 World Cup
6 years ago
FIFA announce a team of the World Cup based on fan votes and it has a few issues
Next Page