The Italians may not have a team full of world renowned players but they are a formidable force for their Group D opponents...

Mario Balotelli was their top scorer in qualifying and he's the Azzuri's main goal threat heading into the tournament in Brazil. The ex-Man City man scored 19 goals in 41 appearances in a struggling AC Milan team this season, which isn't too bad a return considering their form. He's capable of doing anything so expect loads of goals or a red card in the opening game against England.

The undoubted rising star in Italian football is Torino forward Ciro Immobile. The youngster came through the ranks at Juventus before being constantly loaned-out, but he's found his form in Torino and fired 22 league goals this season to finish as top scorer in Serie A. If he gets a chance, he will add a real cutting edge to the front line.

Italy manager Cesare Prandelli has just signed a new two year contract with the Italian FA. Remember when we did that with Giovanni Trapattoni? That worked out well...

JOE will give you three reasons: 1. Trapattoni's flair and panache won our hearts 2. We played them in a friendly on Saturday so it'll be interesting to follow their progress 3. They're playing against England. 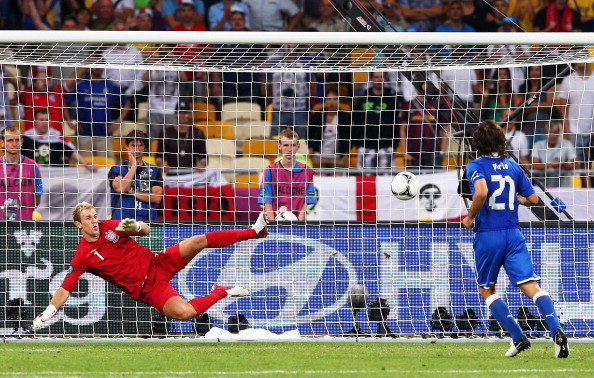 It has to be The Sopranos, doesn't it? We can imagine Prandelli playing the smooth cousin of Tony, who's making waves in the homeland. The fiery characters are there in the likes of Balotelli and De Rossi and with England involved, there's sure to be drama.

The big one is the opener against England, if they can win that you'd imagine they'll get out of the group but this one is so hard to call and after much debate in JOE Towers (contradicting our earlier prediction that Italy will progress) we think Italy will get knocked out early with Uruguay and England progressing to the last 16.