We like a flutter here at JOE as much as the next person and we have come across some bets that could turn into nice windfalls tomorrow depending on the result.

The clash of Dublin and Mayo promises to be a titanic clash between the two standout sides of the 2013 championship campaign. Paddy Power have little between the sides for tomorrow, slightly favouring the boys in blue with Jim Gavin’s men coming in at evens while James Horans’ outfit are at 6/5.

Supporters of both sides will be anxiously watching tomorrow’s events at Croke Park, but for some punters, it could be even more nail-biting with a lot of money at stake depending on the outcome.

The guys at Paddy Power have been telling us of some of the more interesting bets and one punter in Ballina must have been gazing into the crystal ball back in July 2011. A €1,000 wager was placed at 16/1 that the men from the west would life Sam this year and is now just 70 minutes away from a nice little earner.

Another gambler went for an even greater long shot, placing €25 on four team accumulator. With Crystal Palace gaining promotion to the Premier League (12/5), Bayern Munich the Champions League winners back in May (11/2) and Chelsea landing the Europa League (9/2), all that is needed to claim €15,000 is for Jim Gavin’s side to make it a second All-Ireland win in three years. No pressure then. 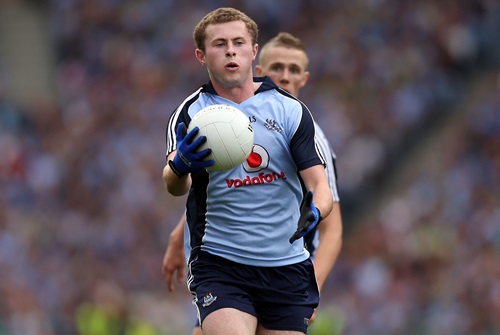 Flying wing-back Jack McCaffrey has had an outstanding campaign in the Dublin half-back line and one observer has placed €3,000 on the teenager to win the Young Player of the Year Award at evens. We reckon a decent performance tomorrow should do the trick.

Oh and given the nature of the hurling decider, the odds on both finals ending in a draw tomorrow are 125/1. Stranger things have happened.

popular
20 years ago, one of the best sci-fi movies of the 21st century was a box-office bomb
U2 drummer Larry Mullen Jr. says band may perform without him in 2023
Peter Kay moved to tears on stage while opening his first stand-up tour in 12 years
Mia Khalifa claims seaside town is better than Miami
Simon Cowell concerns fans with appearance as they 'don't recognise him'
Patient arrested after switching off roommate's ventilator because it annoyed her
The 50 most iconic songs of all time* have been revealed
You may also like
1 week ago
Dublin nightclub suspends security guard following racism allegations
3 weeks ago
QUIZ: How well do you know the towns and villages of Dublin?
1 month ago
6 deadly whiskey distilleries and experiences to try out in Dublin
1 month ago
Man in serious condition following assault near Connolly Station in Dublin
1 month ago
Gardaí investigating "all the circumstances" following discovery of woman's body near Luas tracks
1 month ago
Two girls seriously injured in crash involving car and pedestrians on busy Dublin street
Next Page