Dare we say the boom is back?

The top 50 construction contractors in Ireland reported a combined turnover of €8.39 billion in 2018, according to Construction magazine’s annual Top 50 CIF (Construction Industry Federation) Contractors listing for 2019.

END_OF_DOCUMENT_TOKEN_TO_BE_REPLACED

A host of recognisable names dominated the top 50 list; John Sisk and Son were named Ireland’s top construction contractor, while Mercury Engineering and BAM Contractors retained their position in second and third respectively.

Despite the healthy figures, Tom Parlon, Director General, CIF, warned that “margins are still very tight” and that “there isn’t sufficient work in the regions to maintain a strong, balanced and sustainable contractor sector in Ireland”.

Minister for Finance Paschal Donohue added that construction must be made more attractive as a career choice in Ireland.

“The apprenticeships system is being expanded, offering an entry for young people into the industry,” Donohue said.

“Much progress has been made over the last year and half on construction projects nationwide, as well as improvements in the construction sector. There is much more to do to ensure that Ireland has all of the infrastructure it requires as we develop further as a country. 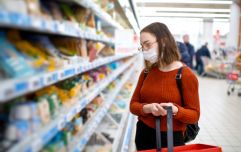 END_OF_DOCUMENT_TOKEN_TO_BE_REPLACED

“Central to this will be to ensure that the construction sector continues to advance its capabilities and capacity with the support of Government.”