REVEALED: The average disposable income per person for every county in Ireland

Do you have more or less disposable income than the average individual in your county?

The average person in the Republic of Ireland had disposable income of €20,939 in 2016, according to figures released by the Central Statistics Office on Friday.

The Border region (Cavan, Donegal, Leitrim, Louth, Monaghan and Sligo), meanwhile, reports the lowest figures of all regions in Ireland with an average disposable income of €18,117 per person.

You can see the figures for each individual county and how it has changed from 2007-2016 in the table below and the report in full is available to read here. 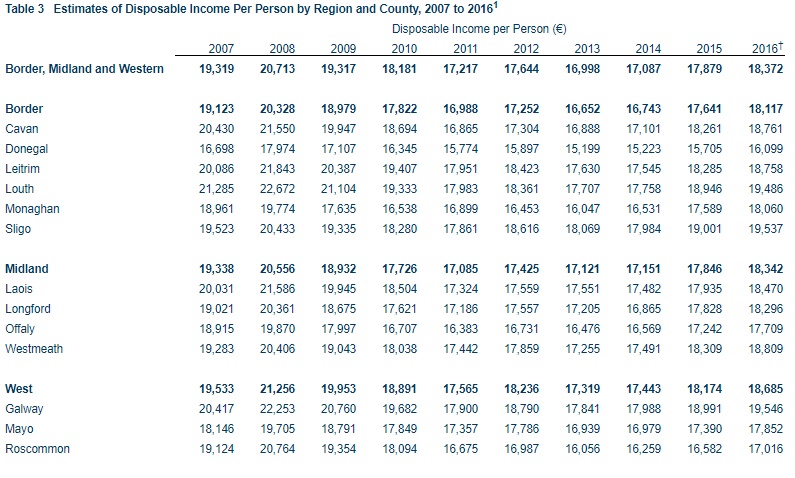 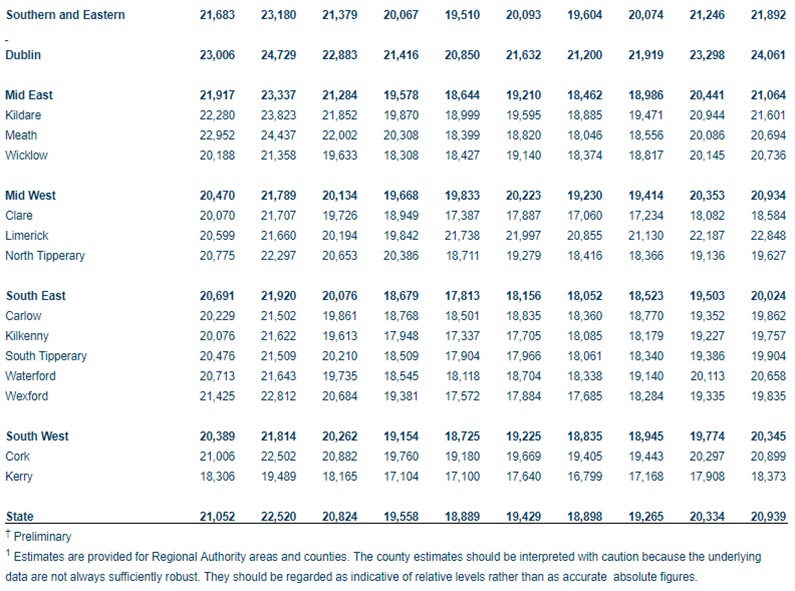 
popular
QUIZ: Can you guess the pixellated movie posters?
QUIZ: Can you name all these European countries just from their vowels?
Shallow spectacle between Varadkar and Martin leaves the audience wanting less
QUIZ: Week 16 of JOE's 19 in 90 quickfire quiz is here
This week's US Powerball jackpot is a monumental €337 million, so get entering!
Dublin pub to host a 'doggy date night' where you can bring your dog to dinner
Here are Ireland’s favourite takeaways, as per the National Takeaway Awards
You may also like
1 day ago
Bank of Ireland warns customers to delete latest scam text from phones immediately
1 month ago
Minimum wage in Ireland to rise to €10.10 per hour next year
1 month ago
Bosses at big Irish companies are earning 50 times the average employee salary
1 month ago
National Lottery apologises over missing scratch card prizes totalling €180,000
1 month ago
Over 30% of Irish adults are "struggling" or "stretched" financially
2 months ago
800 employees to get pay rise as Lidl Ireland commits to matching latest living wage
Next Page