With a nickname like 'Hurricane', one American woman certainly lives up to the billing.

Julia Hawkins, from Baton Rouge, Louisiana, set a new record in the 50-metre dash in her age group when competing at the Senior Games in Albuquerque, New Mexico.

The most impressive aspect? She's a 103-year-old athlete. 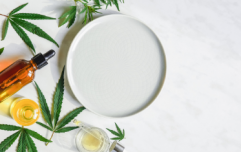 END_OF_DOCUMENT_TOKEN_TO_BE_REPLACED

Hawkins is a former teacher, and on this showing she certainly schooled the rest of her class.

Donning a USA track and field shirt, the 103-year-old completed the race in a brilliant 21.06 seconds. This set a new record for the over-100 age group in the process.

Her son spoke to local news in the States, and said: "I call her a little old lady in tennis shoes."

Two years ago, she set a new record in the 100-metre sprint, finishing the race in 40.12 seconds. At this year's Senior Games, she finished the 100 metres in 46 seconds, but it's still an admirable time.

103-year-old Julia “Hurricane” Hawkins is hot on the track at the National Senior Games this week cementing her title as the oldest women to compete on an American track! Today, she spread inspiration with every step as she ran the 100-meter dash in 46.07.#RealSeniorMoments pic.twitter.com/sa6GzPjKg0 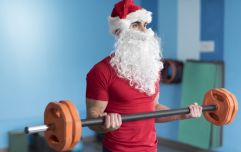 END_OF_DOCUMENT_TOKEN_TO_BE_REPLACED

You might have assumed Hawkins had a history of competing in athletics, but the 103-year-old only began running two years ago.

That said, she credits her sensational fitness to years of cycling and simply staying active in everyday life.

Speaking to the Albuquerque Journal, Hawkins said, "I keep active all the time - I have an acre of land. I work in it all the time.

popular
QUIZ: Is your General Knowledge up to scratch?
QUIZ: Can you identify which of these countries have the colour white in their flag?
The 50 most iconic songs of all time* have been revealed
40 to 50 age group will be called to register for a Covid-19 vaccine next week
The JOE Friday Pub Quiz: Week 243
The JOE Music Quiz: Week 57
Gardaí seize phone of Dublin publican amid Leo Varadkar leak inquiry
You may also like
1 year ago
How boxer Tony Bellew lost a stone and a half after retiring from the ring
1 year ago
Planks are a pointless exercise for certain athletes, experts say
1 year ago
Overtraining: 9 signs you're pushing too hard in the gym
1 year ago
Doing too much cardio can affect your testosterone and fertility
1 year ago
The best gym exercises for building bigger shoulders
1 year ago
Everything you'll find in a Premier League team's gym
Next Page