Here's why you need to stop giving up your seats on the bus for elderly people, according to science

It's almost an automatic response to hop off your seat on a packed bus in order to let someone who is older than you take your seat to rest their bones.

However, a professor from Oxford University is telling people to stop 'respecting their elders' and instead to ignore giving them any seat in the future. 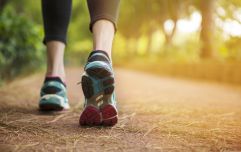 END_OF_DOCUMENT_TOKEN_TO_BE_REPLACED

Mean? Most definitely but do they have a method to their madness? They sure do.

Oxford professor Sir Muir Gray, a Public Health England clinical adviser has said that "we need to be encouraging activity as we age — not telling people to put their feet up. Think twice before giving up your seat on the bus or train to an older person. Standing up is great exercise for them."

A concerted effort to provide support and opportunities for physical activity can help older adults maintain independence and lessen the costly burden of social care, it has been found.

Gray, is one of the lead authors in a study regarding elderly and exercise and writing in the British Medical Journal (BMJ), experts from Oxford University and the UK’s Centre for Ageing Better said exercise could keep a person from needing care by reversing physical decline by up to a decade.

Gray stated that "ensuring that as many people as possible maintain the ability to manage vital activities of daily living requires a cultural change so that it becomes normal to expect people of all ages to be active.

"The prevailing attitude that exercise is for young people while older people should be encouraged to relax needs to be challenged.

"Encouraging recent research suggests that the key to reducing the incidence of dementia is unlikely to be any new drug but through encouraging activities that are important in keeping healthy and feeling well in the short term." 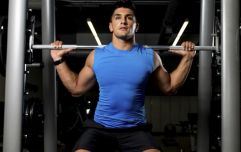 These are the exercises that you should never ever do

END_OF_DOCUMENT_TOKEN_TO_BE_REPLACED

This study adds to findings made in a book called "How to Live to 100" which outlines exercises that people of different age groups should be doing in order to help themselves live as long as possible.

For example, a person in their 60s is encouraged to do weightlifting, Zumba and water aerobics because "having great upper body strength will bode well when you take a tumble."

A person in their 70s is also told to remain active, even if it's from a chair in their home and they are advised to do arm raises with resistance bands, leg lifts, aerobics and stretching.

The Big Reviewski || JOE · TBR Spotlight: Loki - Episode Three - 'Lamentis'
popular
Ryanair calls on Eamon Ryan to explain why he is failing to reopen Ireland for air travel
The Ultimate Robert De Niro Quiz
Met Éireann forecasts temperatures in the mid-20s and "possibly higher" next week
TikTok star sentenced to 10 years in prison over "human trafficking"
"Too early to say" if return of indoor pubs and restaurants will be delayed, says Stephen Donnelly
A Murder in West Cork review: New doc series fixes one of Netflix's biggest problems
Public warned about another sophisticated phone scam doing the rounds
You may also like
3 years ago
We tried out one of the best wireless headphones on the market
3 years ago
This is the #McGregorChallenge and it has taken the internet by storm
3 years ago
How much you should actually exercise for your age has been revealed
4 years ago
These two exercises will tone your entire body
4 years ago
Study says drinking a glass of red wine has the same effect as going to the gym
4 years ago
10 top tips on what to eat before a breakfast training session
Next Page