The GAA season is upon us and young men and women around the country are preparing for club and county games in the hopes of being part of the last team standing at the end of the year.

As the professionalism of clubs and players has grown over the years, athletes are always looking for that extra bit of conditioning or preparation to give them the edge on the pitch when the game is in the melting pot. 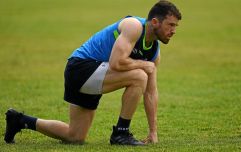 END_OF_DOCUMENT_TOKEN_TO_BE_REPLACED

Injuries are part and parcel of the game and every one who plays GAA knows there's at least one person sitting out a session citing tightness in their back or hammies, or their hip flexor is playing up again.

But Paddy O'Rourke, a chartered physiotherapist from Tipperary, working in Bath Avenue Medical Centre, with over seven years experience with GAA teams and in private practice has created a list of exercises you can do to prepare yourself for the coming season, both to be in top physical shape and to ensure injury prevention.

Paddy wrote a blog on Animal Flow exercises, which can be read in full below, with even more details and blogs on his website, which you can find here.

Take a look at what Paddy has to say below on the exercises every GAA player, and indeed, most sportspeople should be doing. 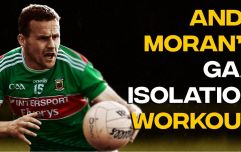 END_OF_DOCUMENT_TOKEN_TO_BE_REPLACED

It might be years since you last crawled and you might think it will be easier now that you don’t have a nappy restricting your movement. Do 5 sets of 10 yards Bear Crawling and you might need that nappy again.

But with all of its toughness comes its greatness as it calls on all the intrinsic muscles around the spine, core and hips which are essential for being strong on the ball and remaining pain free during the season.

Video via Final Round Training 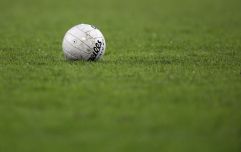 END_OF_DOCUMENT_TOKEN_TO_BE_REPLACED

Crab Walking is as ugly as it sounds but will get your posterior chain firing more than Tony Montana at the end of Scarface. Glute activation is so important for preventing hamstring injuries and you’ll get plenty of that with this exercise.

It will also open up the shoulders helping hurlers strike the ball better and helping footballers strike their marker better. Begin with 5 sets of 5 yards and progress from there.

The Frog Squat is a staple with most primitive movement coaches. It's an exercise that looks simple but will leave your quads burning after just 3 sets of 15.

It’s a fabulous warm-up exercise before a match or training and it will strengthen your quads, glutes and hamstrings as well as improving the flexibility of your back and hips. A win-win.

A strong core is essential for every aspect of the game from competing in the air to getting inside your marker and with so many core muscles to work on (transverse abdominis, rectus abdominis, internal and external obliques) why not get them all firing in one simple (hard) exercise.

Try 3 sets of 6 on each side and build reps and intensity as your body allows.

The Half Hindu is an excellent all body exercise designed by Zuu creator Nathan Helberg. Along with calling upon almost every stability muscle there is in your body, it also stretches the hip flexors, quads, hamstrings, calves, lower back…. you get the picture!

popular
5 years ago, Hollywood took a massive gamble on a huge sequel... and lost big time
QUIZ: We bet you can't get full marks in this extremely frustrating geography quiz
Nicola Bulley's phone found by the river 'could be a decoy', diving expert suggests
Woman dies from hypothermia after telling doctor she 'couldn't afford heating'
An incredibly fun action blockbuster is among the movies on TV tonight
One of the best crime thrillers ever is among the movies on TV tonight
Amazon Prime Video has just added 21 big movies to its library
You may also like
3 months ago
Brendan Óg Duffy's father speaks powerfully about his son's death
3 months ago
Gardaí investigating alleged assault on under-9 GAA player at children's sports event
5 months ago
Roscommon GAA confirms investigation into alleged assault on referee during juvenile game
6 months ago
Looking for a hotel room for the All-Ireland Final weekends? It won't come cheap...
7 months ago
Taoiseach condemns "disturbing" fight at Galway v Armagh game
8 months ago
The 2 Johnnies share unbelievable catfish ordeal affecting over 40 people
Next Page