From being unable to see out a match to claiming several Grand Slams and being named world number one, Novak Djokovic puts his remarkable turnaround down to his diet

A few years ago, Novak Djokovic was trying everything and anything that could help him get over the collapses he was repeatedly suffering in the middle of games, which were ultimately costing him the chance to claim Grand Slam glory.

Often, he would take several medical breaks in the space of a game, and even in the Australian Open once vomited violently during a toilet break from physical exhaustion.

END_OF_DOCUMENT_TOKEN_TO_BE_REPLACED

Exhaustion indeed was his problem, in every sense of the word. He also at one point believed the problem was related to asthma, changed trainers, and even went as far as having nasal surgery. He even took up meditation and yoga to see if that would help. However, there was one thing he hadn't tried, and Dr Igor Cetojevic, a nutritionist and compatriot of his, was on hand to offer one possible solution.

Cetojevic was sure, having watched Djokovic play, that he was allergic to wheat, and when the two did eventually meet, he proved it to the tennis star. 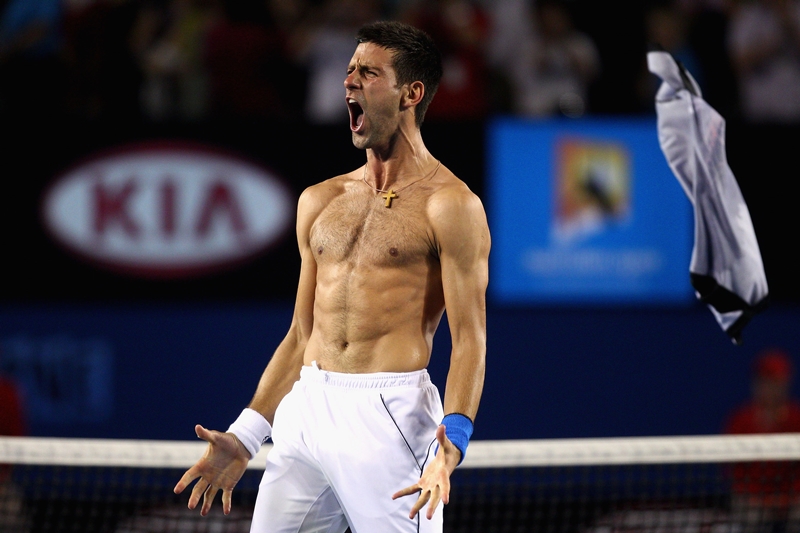 He asked him to hold his left arm against his abdomen, and then resist the pressure when he pushed down on Djokovic’s right arm, and being a strong, physically fit man, Djokovic found this quite easy. However, the next step was a bit more odd, as he gave Novak a slice of bread, told him to hold it in his left hand against his abdomen, and they repeated the experiment. Djokovic found he could no longer do it.

END_OF_DOCUMENT_TOKEN_TO_BE_REPLACED

That served as enough proof to Djokovic that indeed he was unable to eat wheat - or even have it touch his skin - encouraging him to make a huge and dedicated change to his diet.

So what exactly is the diet all about? In simple terms, it looks to keep both gluten and dairy products out of his diet, and cutting out sugar wherever possible. He eats mainly vegetables, beans, white meat, fish, fruit, nuts, seeds, chickpeas, lentils and healthy oils, and also cuts out inappropriate sources of protein and carbohydrates. It should be noted, of course, that doesn't mean no carbs. 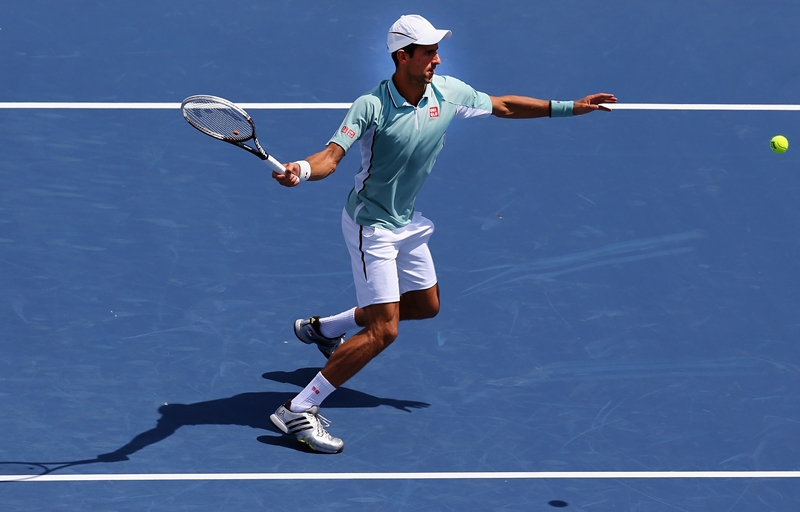 In terms of exercise, Djokovic starts his day with around 20 minutes of yoga or tai chi, after which he eats breakfast. He'll then take to the court to with a training partner for an hour and a half, and does some stretching to cool down. He takes lunch, and then does a one-hour workout using weights or resistance bands, taking in a protein drink immediately afterwards to aid recovery. After that, he goes for another 90-minute hitting session, and once again stretches to cool down.

END_OF_DOCUMENT_TOKEN_TO_BE_REPLACED

While all of this might not be practicable for us in our every day lives, the key points to take away from it are the timing of his exercising and his meals. He takes on food after his sessions, and also stretches, which is key for ensuring muscles stay limber and minimise any niggles that you might have. Importantly, he cooks all his own meals, and he also only concentrates on his food when eating, not reading or looking at his phone or a computer screen. Intense...

In his new book Serve to Win he goes in to some detail about what exactly he eats, and also gives out a sample  three days from his diet, if you fancy trying it out yourself.

Mid-morning snack (if needed): Gluten-free bread or crackers with avocado and tuna

Hat-tip to The Independent.

popular
Thunderstorm warning for Ireland escalated to Status Orange with hail and flooding forecasted
Gardaí urge public not to share "upsetting" pictures of fatal assault of Paul 'Babs' Connolly in Westmeath
Disney+ has just added 10 big movies to its library
The JOE Music Quiz: Week 117
An exciting Irish crime thriller is among the movies on TV tonight
QUIZ: You'll need to be razor-sharp to get 100% in this General Knowledge Quiz
The JOE Friday Pub Quiz: Week 307
You may also like
1 month ago
New Spanish hospital to offer "alternative pathway" for Irish patients waiting for routine treatments
1 month ago
People who got Covid at Christmas do not have protection from current wave, expert warns
2 months ago
People with many sexual partners need to watch out for monkeypox, says chief UK doctor
2 months ago
Belgium becomes first nation to introduce compulsory monkeypox quarantine
2 months ago
HSE establishes team to monitor monkeypox as virus cases more than double in UK
3 months ago
Spain set to offer three-day ‘menstrual leave’ for women every month
Next Page