Orlando Bloom's morning routine has been revealed, and it has left users of social media absolutely baffled.

The Hollywood star was interviewed by The Sunday Times, and shared intricate details of his entire morning routine.

END_OF_DOCUMENT_TOKEN_TO_BE_REPLACED

Bloom, 44, who became a household name after starring as Legolas in Lord of the Rings, wakes up at 6.30am.

He said: "The first thing I do is look at the app to see if I've had a good sleep and check my readiness for the day."

Nothing too out of the ordinary, there.

He then checks on his daughter, Daisy, singing to her while allowing his fiancée Katy Perry a lie-in.

"I'm a Capricorn, so I crave routine," he said.

He follows this by belting out 20 minutes of intense Buddhist chanting directed at his child.

Bloom said: "I chant for 20 minutes every day, religiously. 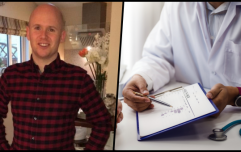 END_OF_DOCUMENT_TOKEN_TO_BE_REPLACED

"I've had a Buddhist practice since I was 16, so that's infiltrated my whole being. I'll read a bit of Buddhism and then I'll type it up and add it to my [Instagram] Stories."

Bloom's diet is arguably the weirdest aspect of his morning routine.

"I'll just have some green powders that I mix with brain octane oil, a collagen powder for my hair and nails, and some protein. It's all quite LA, really."

He said he likes "to earn" his breakfast, which he has after hiking to the music of Nirvana and Stone Temple Pilots.

END_OF_DOCUMENT_TOKEN_TO_BE_REPLACED

Bloom is 90% plant-based, but enjoys eating "a really good piece" of red meat once per month.

On the topic of red meat, Bloom said "I sometimes look at a cow and think, that's the most beautiful thing ever.

"At some point in time we’ll look back and not be able to believe we used to eat meat."

Genuinely thought the Orlando Bloom interview in The Sunday Times was a spoof.

"Read this earlier, surely he's on a wind-up?" wrote one Twitter user.

Another asked: "The man is on another planet. Who would choose PG Tips over Yorkshire Tea?"

Some likened it to an excerpt from American Psycho.

popular
Woman killed in Clare crash named as Peggy Twomey, mother of Marty Morrissey
Amazon Prime Video has quietly added 8 big new movies to its library
An underseen Keanu Reeves adventure is among the movies on TV tonight
These are the most generous counties in Ireland, according to GoFundMe
The 50 most iconic songs of all time* have been revealed
A fun action flick with Nicolas Cage is among the movies on TV tonight
People think they've figured out the ranking of the viewers on your Instagram Stories
You may also like
5 years ago
Orlando Bloom shares a piss-take sex tape on Instagram after *those* penis shots
5 years ago
Men everywhere admit to feeling 'inadequate' after seeing pics of Orlando Bloom's tackle
8 years ago
Pics: Miranda Kerr gets it all off her chest in latest photoshoot
8 years ago
VIDEO: Watch the stars of The Hobbit react to crazy LOTR fans watching the new Hobbit trailer
5 months ago
Two-time cancer survivor Chris Proby explains the importance of giving blood
5 months ago
A Dublin Cafe will pay you €50 if you can finish this MONSTER breakfast roll
Next Page