Are plant-based alternatives really any better or healthier for you?

You might think ditching meat for a vegan or veggie option is better for you, but is that really true?

Many people think plant-based alternatives to meat are healthier.

However, many vegan burgers and sausages are packed with additives which go hand in hand with higher amounts of saturated fats, salt and sugar. 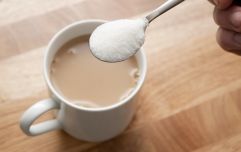 END_OF_DOCUMENT_TOKEN_TO_BE_REPLACED

Some additives are there to prolong shelf life and may not be 'unhealthy' as such, but if you think plant-based foods are unprocessed and a 'natural' choice, you might be mistaken.

More than a third of people believed plant-based foods were artisan rather than highly processed. Some are made from completely natural ingredients, but many meat alternatives aren't.

When those polled were asked if they were familiar with ingredients commonly found in many plant-based foods, the vast majority struggled. 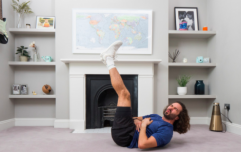 END_OF_DOCUMENT_TOKEN_TO_BE_REPLACED

Maltodextrin (74%) and calcium alginate (79%), that commonly appear in plant-based products as bulking agents and stabilisers, were also unrecognisable to most people surveyed.

The study also found 27% think plant-based foods are lower in salt than other foods, and 50% think they are lower in saturated fat. But this isn't always the case. 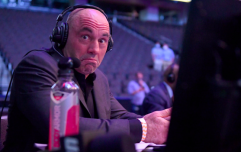 END_OF_DOCUMENT_TOKEN_TO_BE_REPLACED

38% of people thought these meat-free options always have higher levels of nutrients than other foods – which also can be far from the reality.

The study found that 68% of the nation has tried plant-based food items such as tofu, plant-based sausages and burgers.

What does the science say about these additives?

Juliette Kellow, nutrition consultant working with Gosh! says: "Additives such as stabilisers, thickeners and preservatives are tested extensively to make sure they are safe for us to consume and unlikely to damage health.

"But often, larger amounts of additives go hand-in-hand with larger amounts of fat, sugar and salt. Regularly having high intakes of these can potentially increase our risk of developing long-term health problems.

"I recommend looking at both the nutrition panel AND the ingredients list to get a clear picture of what your food contains."

"On the nutrition side, look for products that contain mostly green and amber traffic lights (rather than red ones) for fat, saturates, sugar and salt."

popular
Sinn Féin affordable housing bill passed as Government forgets to vote on its own counter-motion
The 50 most iconic songs of all time* have been revealed
TV reporter rescues stolen dog live on air while reporting on its theft
10 bad movies that actually got good reviews when they were released
Negative review of Shrek on its 20th anniversary sends Internet into meltdown
People think they've figured out the ranking of the viewers on your Instagram Stories
Joe Rogan claims straight white men "won't be able to talk" if society gets any more "woke"
You may also like
7 months ago
Rapper T.I. says not eating meat is the secret to staying in shape past 40
7 months ago
Planks are one of the worst ab exercises, says Triple H's personal trainer
7 months ago
Ego-lifting, chicken and rice and 5 other mistakes to avoid with your gym programme
8 months ago
Eating while watching TV leads to weight gain - this is why
9 months ago
Bodybuilder explains why you don't need to 'eat clean' to lose weight
9 months ago
Eat gummy bears for better recovery after a workout, says fitness expert
Next Page